Schools – is there a more hotly discussed topic amongst parents? We don’t think so.
Rebekah Hall sat down with Toby Young, Catriona Sutherland-Hawes and Tony Ryan to determine whether the fear and paranoia perpetuated by some parents is justified. 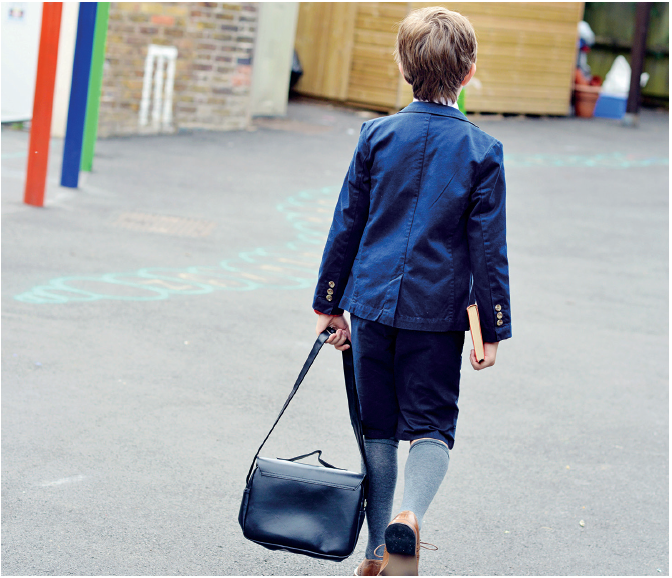 We’ve all heard the stories and some of us have seen them in action. Stand-up fights between mothers outside school gates over waiting lists; lying about tutoring and keeping those tutors names a well-guarded secret. This inevitably creates stress and apprehension… creating tension and paranoia. It’s little wonder that some families move away from the West London bubble.

However, even out of town, you can’t escape the facts. There is pressure on school places as pupil numbers grow. Data from the Department for Education (DfE) predicts an extra 900,000 children in English schools over the next 10 years, and statistics from the Local Government Association report that this will cost £12 billion. Private school fees have trebled since 1990 to £286,000 per child over 14 years of day school according to The Killik & Co Private Education Index. So yes, parents do have reason to worry. Maybe that’s why it is impossible to avoid those draining school discussions, especially in West London.

A six-year-old has a creative writing tutor, maths tutor and must do 100 sums before he is allowed to play. A father is angry with the head teacher because his son failed to get into Oxford, despite his son’s average marks. Urban myths or a reflection of the competition for places at West London private schools?

As registrar for the past nine years at Latymer Upper School, Catriona Sutherland-Hawes says she often sees a lot of worry revolving around a parent’s desire for their child to attend a specific school. Unfortunately, she admits to seeing trophy hunting, with some parents unable to bear the thought of their child… failing. “The difficulty comes when parents think the best place is actually the wrong place; aspirational parents don’t always accept that,” says Sutherland-Hawes.

In these competitive times, what is her advice for parents? “I genuinely think there is a right school for everyone and there is a lot of choice. Parents are not always willing to accept that what they might think is the best place is not somewhere that will suit their child.”

While state schools continue to improve, (and private schools up their fees) they are included in the discussion too. Parents worry about catchment areas and consider moving house to within metres of their preferred school. League tables play their part as competition across the board increases.

As Chiswick School achieves better results, head teacher Tony Ryan says he’s seen more anxiety from parents due to the current entry waiting list. “Parents are now concerned about … the possibility that they might be just outside the catchment area,” says Ryan. “For some parents in certain geographical areas, there is huge anxiety because we are their first choice.”

To help alleviate some of the pressure, Chiswick School increased its intake from 215 to 240 pupils. While this means increased class sizes, Ryan is confident the school can manage without impacting the classroom. “We have a … moral purpose to try and provide a place for as many local parents who want it,” says Ryan.

During exam time, Ryan sees more parents at his door and receives many more phone calls. His advice for parents is to stay informed
throughout their child’s schooling. “The more information you give parents, the less anxious they are likely to be with [their child’s] results,” Ryan says.

If you’re in the first situation, he suggests moving, going private, or urging the local schools to expand or start a free school. If in the second group, then Young says to “send your child to your third, fourth or fifth choice of school and supplement what they’re learning at home.” To supplement learning at home, he naturally points to his book What Every Parent Needs to Know.

TO TUTOR OR NOT TO TUTOR?

Tutoring. Perhaps the hottest topic of all. To alleviate worry and keep up with the Joneses, parents often turn to tutoring to help ensure
entrance into a top school or to achieve better test results. Analysis entitled Extra-curricular Inequalities [2014] by The Sutton Trust and Ipsos MORI states that, of 2,800 11 to 16 year-olds, 23 per cent of young people nationally and 37 per cent in London, say they received private or home tuition. The national figure was 18 per cent in 2005 and 24 per cent in 2013.

But what we all want to know is, are tutored kids better off?

Sutherland-Hawes knows tutoring is rife, and has become an industry. “If you need to be tutored to get into a school, then it’s not the
right school,” she says, adding that Latymer is only interested in a child’s natural ability on entrance exams. “If you are not at the right academic level for that school … you will then struggle. Three years ago, we stopped doing verbal and non-verbal reasoning, as it was being over-tutored. It wasn’t giving us an idea of the child’s natural potential.“

However, she does believe some exam preparation is a good idea, but warns not to the point of memorising an entirely irrelevant story for the English exam. She tells of one particular year when children from the same prep school wrote the same answers in the English section. However, the answer had no bearing on the actual question, and their tests were marked down. In another instance it was obvious that many children in one postcode had had the same tutor. “Exam preparation is different,” she says. “I fully support sitting down, doing exam papers to time, and getting used to that technique … Being tutored adds artificial intelligence; preparing for the exam is being aware of what is coming and having your timings right.”

Young suggests that the decision to tutor or not depends on where a child falls on the ability spectrum and parents’ ambition for their child. “Children with exceptional ability are going to do well in public exams … without any need for private tutors,” Young says. Those children most likely to benefit [from tutoring] are those on the pass/fail border.”

At Chiswick School, tutoring seems to be used as it was originally intended. Ryan says he rarely meets a situation where a child is being over tutored. At his school, tutoring is used instead as a healthy top-up. Outside of school Ryan doesn’t believe that a tutor should be a requirement for any parent, but if used, should complement what is being taught in the classroom. However, the school does bring in tutors to help give students more individual attention. “We employ tutors [to] work with small groups,” he says. “A tutor [will] come in and diagnose where [students] are and work with them … before we put them back into lessons.”

We can all agree to some basic ground rules, like do your research, read Ofsted reports, visit every school, meet with heads, ask tough questions and listen carefully to the response. Walking into a school, every parent should have an instinct as to whether the school is the right fit for their child, and this is far more more important than simply accepting a school as being a “top” school. Schools should also be a good fit with a family’s educational values because, frankly, you will be attending that school too.

When asked for some golden rules, Sutherland-Hawes provides sound advice. At the top of her list is for parents to listen to head teachers because they have special knowledge of a child’s abilities. Also, she says, at secondary level ask your child what they think because it’s just as much up to them. “Ask yourself, will my child be happy here? Don’t be over aspirational. Be sensible about your choice,” Sutherland-Hawes says. “Keep [children] calm.”

Young’s advice is two-fold. He feels that children likely to benefit the most from going to a good independent school are those from very disadvantaged backgrounds who have high IQs. “If any parent reading this thinks their child falls into that category, they should find out what the eligibility criteria is for full bursaries”. He adds that, unless your child is one of a handful who would really benefit from going to an independent school, send your child to the local state school. “Take the money you would otherwise have spent and put it in a savings account. You can then use that nest egg to help them buy a flat when they leave home. That flat represents far better value for money than a private education,” says Young.

Ryan says he works closely with parents. “We constantly check the progress of students at school, and we [bring] that back to parents,” says Ryan. “You want them to go to a school you trust, where they can get the right education, the right mould. It’s not just the exams you are buying into. You’re buying into a much bigger deal.”

“Don’t listen to anybody,” says Sutherland-Hawes. “It’s about your child. Trust your own instincts and judgements; there is a right place for every child.”

And by the way, she occasionally reads Mumsnet. You’ve been warned!