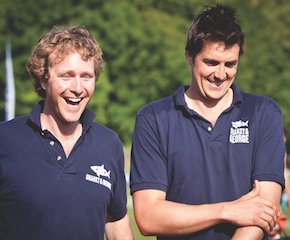 Woo hoo! Not that we’re excited or anything, but we’re delighted that Sharky & George have joined the team here at City Kids HQ. Over coming issues, they’ll be sharing their wealth of experience in the party world, and boy, do they know how to put on a good do. Until next time, here’s a taste of what they’re all about.

About amazing parties
Charlie: We did one this summer, which was about books and literature. It was mega!
George: We created five different worlds – Neverland: with tricks, potions and smoke bombs; Narnia: with access through a cupboard door, a big snow machine, and lots of snowball fights and ice sculpting. The other worlds were Charlie and the Chocolate Factory, Alice in Wonderland and Harry Potter. We told the children they were going to play quidditch, so they had to keep an eye out for the golden snitch. When the golden snitch came out, they had to wrestle him down. To finish off, everyone came through to a Mad Hatters Tea Party, which was awesome!

About saying no
C: I don’t think we’ve ever said no. George is awful at saying no. The only thing I can think of was when a father wanted his son to parachute into his party, but that was on a health and safety grounds. The boy was eight or nine so we put him in a gyrocopter instead.
G: I say yes to everything and get into a lot of trouble with the team when, on a weekend that is clearly full, I say, “Of course we can do that … In Scotland? No problem. 50 children. Great!” 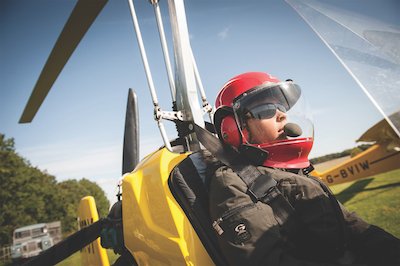 About getting involved
G: We don’t normally do much dressing up, character stuff. We’re more like two older brothers who turn up and do a couple of hours of really active games. We’re planning bigger and bigger parties such as big laser missions which we’ve developed for slightly older children. We are also doing more corporate work, so we’re more involved in party development.

About their skills
G: I’m not sure either of us could claim to have a specific skillset at all!
C: Imagination and immaturity is probably our main skillset, and continuing to enjoy it.

About childhood party memories
C: Mine were pretty bog standard. Very much bouncy castle and traditional party games. There was always an entertainer.
G: My eighth birthday was different as my dad is a chocolate maker. I was allowed to invite about 15 friends to the factory and Dad took us around. We took things off the machines as they went past, which was really cool. At the end, everyone was given a plastic ice cream tub and pointed to a tap; we filled it all the way up with chocolate to take home.

About an ideal Christmas
G: This one will be it. It’s my parent’s 50th wedding anniversary and they’re taking all of us to a hotel in Dorset, right on the beach. Top of the list is a swim in the sea on Christmas Day and a lot of eating.
C: I’ve just married a New Yorker so I’m going to New York for Christmas. Bit worried about the lack of Coleman’s bread sauce so I’m taking some packets in my suitcase.

About New Year’s resolutions
C: No chocolate?
G: Mine last year was to say “no” at work; I think it worked alright for the first month or so. 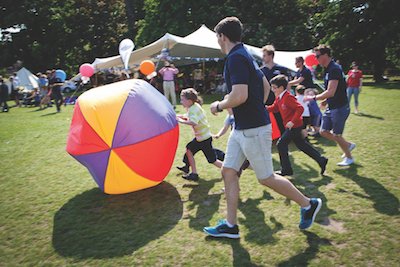 About 2016
C: We’ve launched Partner in Crime, which is our word for nanny.
G: This initiative was born from our clients ringing up to ask whether Tom, “who did our party last month”, was free to join them on holiday for a week to just do cool stuff. Or both parents are at work and the nanny’s ill, could he take the kids skateboarding.
C: We have all these guys who are trained to do awesome parties. We know they’re fantastic with children, and we know that they’re responsible, cool and fun.

About party tricks
G: I don’t really do tricks.
C: Speak for yourself! I can walk over you on my hands, which I’ll demonstrate later … George and I used to have a sort of breakdance routine.
G: We used to do quite a lot of fire spinning and fire poi. We did have quite a few hair on fire moments.
C: I’ve never quite grown up – I like doing back flips. Normally into water. I didn’t want to get this out, but a journalist did ask what my party trick was … [shows a video on his phone of himself doing a back flip on a trampoline].

About World Records [Charlie once held the record for the fastest pantomime horse] C: Some annoying Commonwealth Games runner beat it – I refused to read about it.
G: We broke one this past summer for the biggest game of stuck in the mud. We broke the record with 472 people playing at Thomas’s Fulham, so that was fun. 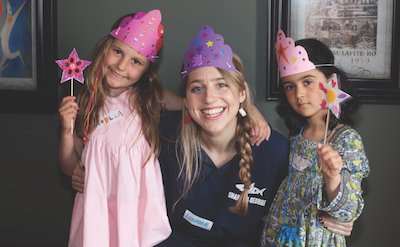