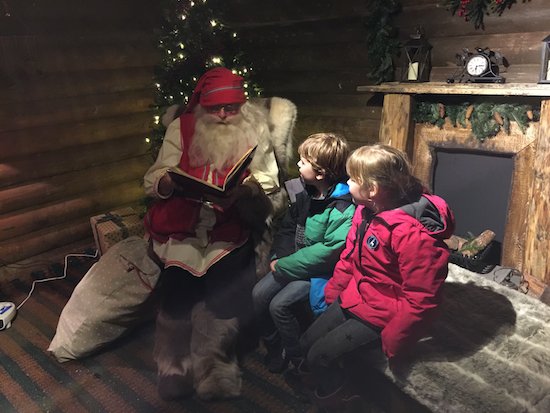 As my husband reminded me on the way to Berkshire, you really can’t afford to get it wrong with kids and Christmas. The stakes are high for Lapland UK, but all bets are off. This is, hands down, the best Christmas experience the kids have ever had.

In true Evans style we were late following a minor detour to The Royal Berkshire Golf Club…no matter. The friendly elf on reception immediately set the tone for the afternoon’s experience – full immersion in Elf–talk, magic and imagination. The kids, now armed with their own Elf Passports, were excited even before we were ushered to the cosy, warm yurt-style tent, complete with sparkling fairy lights, a leafy canopy and elf performance. We learned how to perfect an elf wave before the door to The Enchanted Forest was opened. A world of white, snow encrusted pines was revealed, and the excitement ramped up a gear.

Our elf guide was taking us to the toy factory where the kids learned how important it was to help Father Christmas this year as the Good List is very long. They made a wooden horse and a soft, plush Rudolf (both of which are available to buy at The Emporium later) before the next adventure to meet Mother Christmas in her kitchen for a spot of cookie decorating. 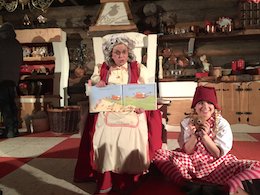 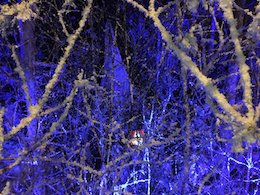 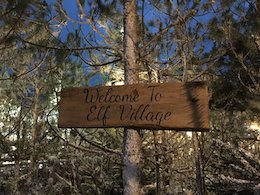 It turns out Father Christmas is a gingerbread addict, so Mother Christmas warned the kids to keep their gingerbread houses safe. Elves, being very hospitable folk, also made sure the grown-ups were kept fully charged with a cookie. Nice touch.

The next trail took us to The Elf Village where the kids were free to ice skate, meet huskies, have a reasonably nutritious meal and then go wild in the toy and sweet shops. I’m always a bit bah humbug when it comes to merchandising at large kids’ venues, but The Emporium was at least tasteful with a variety of gifts at a variety of prices. It also didn’t feel too busy which makes a change from the usual Christmas crush.

Then it was time to meet the big man himself. While the rest of the afternoon had been shared with a group of around 50 adults and kids, this was a moment just for us. After checking in and a quick run-through of the personalised information we’d sent a couple of weeks earlier, two elves escorted us to Father Christmas’ wooden cabin, where we could hear him sleeping.

When you have a nine-year-old constantly being told by her friends that Santa doesn’t exist, a trip to Lapland UK could seem pointless. But…let me tell you, the look on both my kids’ faces when they met him was an image I will remember for the rest of my life. The kids hung on his every word and they were both gobsmacked to be sat in the same room as him – how did he know the name of my daughter’s best friend and that she’s just mastered long division? How did he know that my son’s best friend is his daddy or that his favourite iPad game is Terraria?

Of course, Father Christmas wasn’t going to be able to pull Lego Star Wars or cameras from his sack, but it wasn’t filled with naff plastic toys from Poundland either. With a new husky soft toy in hand, the kids emerged, totally wowed by what had just happened. All that was left was to purchase our family photo (this will be the only moment we all believe at the same time) before heading off into the night, full of excitement for the month ahead.

We took a six and nine year old who still believe, but I’d stick my neck out that even non-believers would leave Lapland UK with an inkling that Father Christmas exists.

A word from our reviewers…

“It’s the best place ever! I loved it! I didn’t want to leave! It’s soooo magical, we actually saw Santa’s sleigh and reindeer. We built toys with elves and made a gingerbread house with Mother Christmas. I LOVED meeting Father Christmas, he gave us a cuddly toy. He also showed me that I was on the good list!” Isabel, 9.

“I ice-skated and two elves could turn around! I saw Santa and he gave me a free present. He was really wonderful. I went to Pixie Mixie the Elf’s sweet shop. It was really yummy!” Lucas, 6. 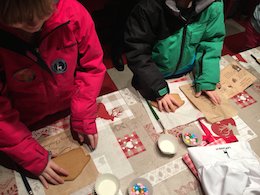 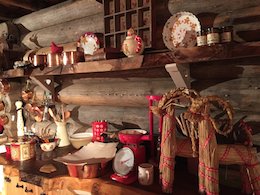 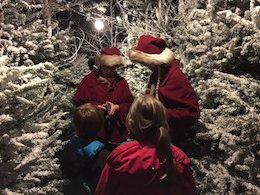