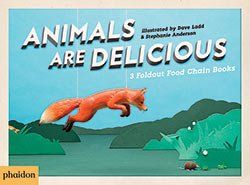 Aimed at the pre-school age Animals Are Delicious, illustrated by Dave Ladd and Stephanie Anderson (Phaidon), is a collection of beautiful fold-out board books that focus on three animal food chains – land, sea and air. With the premise that ‘Everyone is hungry’, we learn that all creatures are somebody’s lunch somewhere down the line.
Curious children everywhere will love these books as they’re illustrated in both colour and black and white, and give easy to remember facts about the plants and animals that inhabit the Earth. 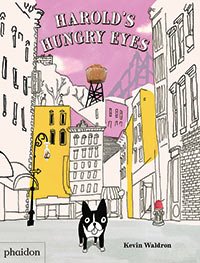 Harold’s Hungry Eyes by Kevin Waldron (Phaidon) is just a big win on so many levels. It tells the humorous tale of Harold, a Boston terrier (move over pugs) who spends his days dreaming about food and sleeping on his favourite chair.

Except one day his world is rocked with the rude awakening that his chair has gone missing, and when he sees it being taken by the refuse collectors, it leads to a mission to find it. He ends up getting lost in the city, which not only makes him miss home, but makes him hungry! Bicycle tyres become pretzels, doorsteps become wafers, lorries look like cheese and before long Harold is absolutely insatiable. All is not lost as he eventually finds his way home, and there’s a lovely surprise waiting for him…

This is the fourth picture book from Dublin-born artist Kevin Waldron who shares his studio with Oliver Jeffers and Jon Bergerman. Visually arresting with a zingy colour palate, this will firmly become a favourite. My only warning is I guarantee your audience will be hungry once hearing this story. 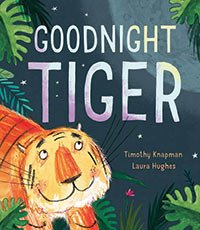 Goodnight Tiger by Timothy Knapman and Laura Hughes (Little Tiger) is an endearing story of a young girl called Emily who cannot get to sleep. Why? Because the jungle animals on her wallpaper keep waking her up. Now, that’s an excuse I’ve never heard before. Still, they’re making a racket because they, too, can’t get to sleep, so it’s Emily job to get them all back to the land of nod.
So as she encourages them to have a bath, hot chocolate and sings them lullabies she finds her efforts are fruitless until she reads them a bedtime story. A fun tale that reinforces the bedtime routine. A must for the little sleep thieves in your house. 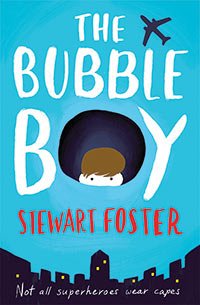 For those who enjoyed the hugely successful Wonder by R J Palacio, The Bubble Boy by Stewart Foster (Simon & Schuster) is a natural choice. Joe is eleven years old and can’t remember a time when he wasn’t in hospital. He has a rare disorder called SCID and his life is spent living in a bubble. Even those who visit him carry the risk of contaminating him with life-threatening germs.

As depressing as this book sounds, it’s an absolutely cracking read. You’ll experience just about every emotion possible as we’re introduced to Joe’s world., which goes from being lived in his dreams, to dealing with extreme loneliness. With only his sister for family, he finds friendship in the form of Henry, who has the same condition but they’ve only Skyped because Henry lives in America, and his new nurse Amir who is a striking character. 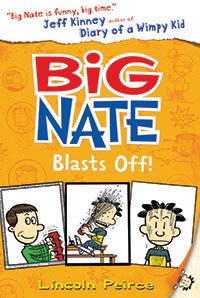 Fans of Diary of a Wimpy Kid will love Big Nate Blasts Off! by Lincoln Pierce, and as it’s had the seal of approval by Jeff Kinney himself that surely must mean it’s a hit. Big Nate has been around since the early nineties as it started off as a comic strip. Clearly Pierce has stuck true to his roots as there are illustrations on every page, meaning the jokes come thick and fast.

When Nate gets a job on the school newspaper it’s a chance to showcase his artistic skills, that is until he makes fun of Randy, the toughest kid in school and then of course it’s no laughing matter. With most of the action taking place in a school setting most older children will find the various scrapes that Nate gets into funny even if shamelessly American but don’t let that put you off, it’s an easy read with plenty of chuckles along the way. 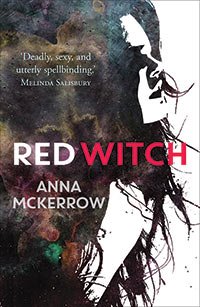 Red Witch by Anna McKerrow (Quercus)
13+
It’s 2047, and Devon and Cornwall have voluntarily split themselves off from the rest of the UK to form the ecopagan Greenworld, a peaceful and self-contained counterpoint to the dystopian Redworld, governed by private security and at war for the last scraps of fuel left in the world. However, all is not as harmonious as it might be in the Greenworld, and after cursing a boy and girl for murdering the boy she loved, 17 year old witch Demelza Hawthorne runs away across the border to the Redworld in search of a new life.
In once-magical Glastonbury, she meets the enigmatic and criminal Bran Crowley, who introduces her to the beauty and riches that the Redworld can offer to the right person; he’s looking for power, and Melz certainly has it. But will Melz be comfortable making a deal with the King of the Underworld?
Demelza is a fabulously feisty yet sensitive protagonist as we see especially from her journal entries. The story is packed full of rounded characters that leap off the page, as well as the vivid portrayal of dramatic Cornish scenery, and the powerful vision of a dystopian Glastonbury. This book has it all – adventure, romance and real world magic. Anna McKerrow is a rising star in the UK YA scene – an absolute must-read. 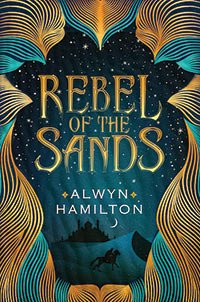 Rebel of the Sands by Alwyn Hamilton (Faber) 12+
Amani lives in Dustwalk, a violent and corrupt wild west-esque desert town she’s desperate to leave. Yet the desert plains are full of danger, and the Sultan’s enemies are on the rise. Yet when Amani meets the mysterious Jin, she finds a way out of the oppressive and threatening Dustwalk, only to find that running away from trouble brings her into contact with some terrifying opponents – and magical new friends – in her search for the Rebel Prince.
Rebel of the Sands is an original and thrilling fantasy novel full of adventure, myth and magic. Amani is a fantastic heroine: brave, bold and witty. It’s a joy to immerse yourself in the fully developed world that Hamilton creates – a blend of the Wild West and Arabian Nights, with some killer comebacks and sharp dialogue between the sharpshooting, street-smart Amani and the hero and love interest Jin. The original mythology and legends woven into the world building are fascinating. It gives the story depth and authenticity, and the politics of Amani’s world are both familiar and foreign. Highly recommended.

Sharon Fried-Jones is a west London mum, who by day is the Head of Marketing and Digital for the charity BookTrust which inspires a love of reading in children, and by night is an aspiring children’s author with a love of clashing clothes, picture books who longs for a good night’s sleep.