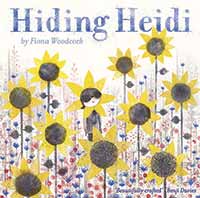 This gorgeous debut by picture book author and illustrator Fiona Woodcock weaves in a lovely theme of friendship and compromise. Young Heidi loves to play hide and seek and is the mistress of disguise much to the annoyance of her friends. So when she throws a party and decides on the usual party game, her pals search high and low but she’s so good at hiding they continue the party without her making Heidi realise that it’s time to include the games all her friends like to play.

Beautifully illustrated by Woodcock who has worked on animated films, commercials, and West End shows, her whimsical style still packs a punch whilst subtly celebrating the skills that all children possess. 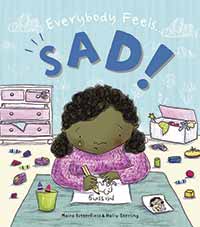 Great for tackling emotions, the Everybody Feels series explore different feelings children may be experiencing in an approachable and relatable way. In Everybody Feels…Sad! the book is divided into two separate stories told from the child’s point of view. One features a girl called Chloe who has lost her toy elephant and the other is about a young boy called Omar whose cat has to be put to sleep. Both stories look at why the characters are sad and how that sadness is resolved (Chloe’s pet is found, Omar gets two kittens), but it also gives brilliant practical advice for parents on how to work through sadness, whatever the situation. This includes tips on discussion points, using art and role-play to help facilitate their emotions. With warm illustrations that bring to life very real circumstances this is a must for helping children navigate the ups and downs in life. 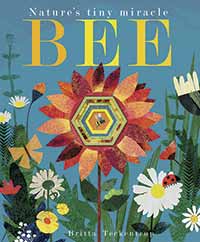 Another stunning book by the uber talented Britta Teckentrup. A joy to read on so many levels it charts the amazing work of the not so humble bee. With ever decreasing numbers, this book is a stark reminder of the vital work they do as we follow our bee from flower to flower. Teckentrup’s work is a visual delight and every page features a cut out where you can peep through and see our bee in action.

Coupled with her intricate collage work the tale is told through rhyme with the closing sentences summing the whole book up nicely: “As the bees fly on through buds and burrs, a tiny miracle occurs. For every plant and flower you see was given life by one small bee.” 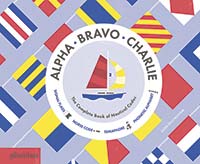 Alpha, Bravo Charlie: The Complete Book of Nautical Codes by Sara Gillingham (Phaidon)
Nonfiction topics are going through a much-needed resurgence and this visually arresting reference book takes the subject of nautical codes to a whole new level and brings them to life. Any child with a love of boats will find this hugely fascinating as it details the phonetic alphabet, morse code, flag meaning, semaphore facts about a variety of boats. I’m not sure how handy it would be knowing the ‘Keep clear of me: I am engaged in trawling’ flag will be on a day trip down the Thames, but there is plenty of flags which could be made on a rainy day to reenact any given circumstance.

One for geeky girls and boys who loves facts and hand signals.

The Other Alice by Michelle Harrison 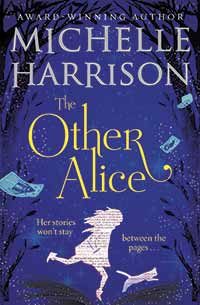 Everyone can relate to writing a story and not finishing it – imagine if that story held the clues to a mystery. That’s the premise of this gripping drama written by the award-winning Michelle Harrison. When Alice goes missing, it’s down to her brother Midge to find her. But where to begin? When he discovers a novel she hadn’t completed, The Museum of Unfinished Tales, it’s down to him to uncover the clues and track her whereabouts. The problem is the villains in her tale have come to life and are loose in the town. Can Midge and his friends Gypsy and Piper (also characters from the story) find Alice before it’s too late?

This is a genuinely, page turning read. Harrison keeps the story moving on at a fast pace, there’s also enough intrigue and suspense by the bucket load. Plus, there’s enough magic realism to add another layer of interest. A cracking read.

Here I stand: Stories that Speak for Freedom 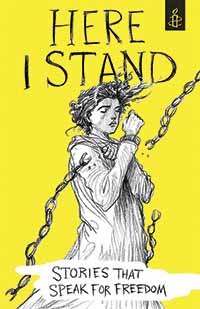 For those young adults who are socially aware and politically-minded this collaboration between Amnesty International and Walker will be just the ticket. Written by twenty-five celebrated authors and illustrators including Neil Gaiman, Matt Haig, Sarah Crossan, Chris Riddell and Frances Hardinge, this collection of stories and poems keeps alive the debate around human rights.

Despite the fact that many rights and freedoms have been won, there’s still a long way to go and this book reminds of that fact. Told with a mix of humour, sadness and truth, they all have a powerful and poignant theme running through them as they explore topics such as execution, war and people who are marginalised in society. An truly thought-provoking read for teens and adults alike. All royalties go to Amnesty International and you can follow the debate on #hereIstand