With Christmas just around the corner, here’s the perfect excuse to splash out on those sumptuous hard backs you’ve been eyeing up all year. 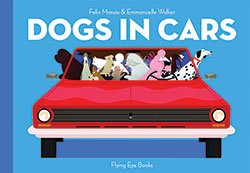 This is a super fun counting book which incorporates a huge variety of four legged friends all going for a ride in their cars. The illustrations are stylish and cheery as well as being very detailed – perfect for little fingers to try and count all of the dogs. Plus, it’s not just dogs you have to find but bones, mosquitos, and umbrellas amongst other things. Not only will this help your child with their counting, you’ll also learn the difference between a xoloitzcuintlis and a utonagans – perfect knowledge for the pub quiz. 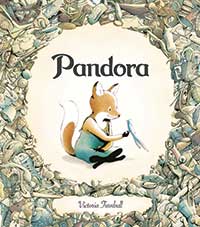 This is an absolutely beautiful gem of a book with a touching message about hope and new beginnings. Pandora lives on her own in a ‘land of broken things’ where other people’s trash is her treasure and she makes a home out of lost things, giving them a new lease of life. Her world is transformed when she discovers a bird with a broken wing. With plenty of TLC the bird is soon back to full health. Only to fly away. Forever. Leaving poor Pandora alone again, but in time she learns that life is worth living again. This is such an excellent book on so many levels, Victoria Turnbull’s illustrations have a retro quality to them and her use of a dark palate convey the sense disillusion of Pandora’s world. 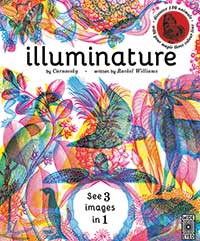 Make space on your shelves for this big beauty of a book. Using the three magic viewing lenses which are included in every edition, this is a real shared experience as you discover which animals inhabit which environment. This is a really technicoloured experience as the colours literally jump out of the page. Designed by Milan-based partnership Carnovsky and written by Rachel Williams (also author of the brilliant Atlas of Adventures) it’s jam packed with facts from animal from all over the world. This is a really visually arresting book for those curious about nature.

The White Fox by by Jackie Morris (Barrington Stoke) 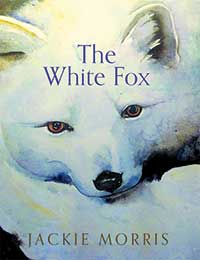 Inspired by a true story of an Artic fox who climbed into a rubbish truck and ended up in Seattle, this is a real heart-warming wintery story which covers grief, bullying, and a road trip which finally bonds a father and son. And all because of a fox. Since the death of his mother, Sol lives alone with his dad, but the weight of grief is so all pervading that the dad has become distant from Sol as he comes to terms with the loss of his wife. School isn’t a happy place either and he spends his days trying to dodge the bullies who tease him, because of his ‘black hair and dark eyes,’ calling him Shamon boy. So Sol spends his time down at the docks and it’s there he spies a white fox – a fox the dockers manage to catch. A fox, he, along with his dad decide to return back to the wild in Alaska, which is where is grandparents live. A place which holds painful memories for the dad but happy memories for Sol. Dreamy illustrations accompany this cleverly woven tale that will really get young minds thinking. 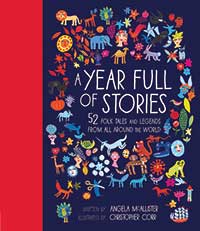 Travel the world without leaving the sitting room with this fantastic treasury celebrating 52 stories from across the globe. There’s a tale for every week of the year and each one ties in with popular celebrations, events and seasons including Valentine’s Day, Easter, Harvest, Christmas plus many more. There are stories from every continent, gathering folk tales, myths and traditions which have been bought to life by the award-winning Angela Mcallister. Short enough to keep attention spans going, but long enough to ponder the message and meaning which lies within each story, coupled with Christopher Corr’s beautiful and colourful illustrations, this book is a real must-have that will entertain children and adults alike.

The Song from Somewhere Else by by A.F Harrold and illustrated by Levi Pinfold (Bloomsbury) 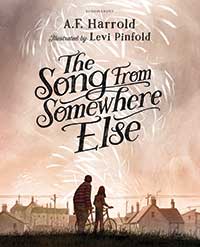 From the same author as The Imaginary, A.F Harrold returns with another story mixing dark with light, this time looking at the theme of bullying. When Frank’s bike is thrown into stinging nettle by the local bullies, an strange boy called Nick saves the day. From here the pair strike up an unlikely friendship and when Frank finds something magical in Nick’s basement, it all makes sense about his mysterious background. The illustrations are stunning, dark and brooding and compliment this story of differences and what it means to fit in. Quirky and beautiful.