With spring on its way, what better time to replenish the book shelves with some fresh new titles. 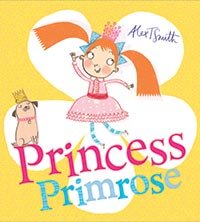 Another cracking story from Alex T. Smith. This time in the form of Princess Primrose, who has everything she could wish for – a beautiful palace, two ponies, and a pug. However, being so privileged comes at a price. Rules. And plenty of them, making poor Primrose’s life a misery as she is constantly in trouble. It leaves the king and queen no choice but to call upon the much-feared Grandmama to sort their little darling out. But will she be a help, or a hindrance? 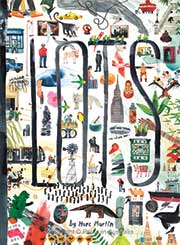 Lots by Marc Martin (Big Picture Press)
This beautiful book is so visually arresting, it will have the most curious of minds entertained for hours. In the words of Marc Martin, ‘Lots is about everything and everywhere’. From far and wide – the world is celebrated. The intricacies of the illustrations will have little fingers pointing out the funny and the quirky. A stunning book, guaranteed to be read, over and over. 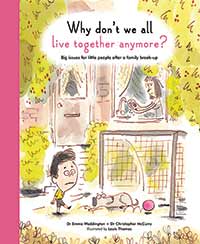 Why Don’t we all live together anymore? by Dr Emma Wassington and Dr Christopher McCurry. Illustrated by Louis Thomas (Frances Lincoln)
This excellent book tackles the very difficult topic how to help children understand what is happening when parents divorce and how it will affect them. It focuses on questions which a child is likely to ask such as ‘Is it my fault?’ ‘Will I have to go to a different school?’ Illustrated and told from the point of view of a character who is going through the same thing – it’s a good entry point for children and adults alike to broach the subject. 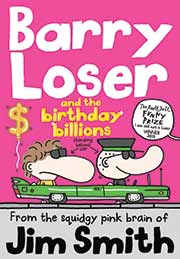 Barry Loser and the birthday billions by Jim Smith (Egmont)
The eighth book in this best-selling award-winning series, Barry Loser is back and this time it’s his birthday and he gets the best present ever – The Shnozinator 9000 – a super cool gaming helmet. That is until his younger brother breaks it. Gah! What to do? Become an inventor and try to make enough money to buy a new one of course. Fans of Barry will not be disappointed – another page turning chuckle-fest. 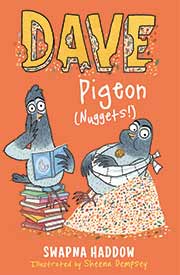 The second instalment of Dave Pigeon’s adventures. This time there’s peril afoot when Dave and Skipper’s ‘Human Lady’ goes on holiday, leaving them with short supply on the food front. They soon find themselves a new owner in the form of Reginald Grimster, who has a very generous feeding habit. But is he all that he seems? And why does he own so many cook books featuring birds? Another hilarious, illustrated tale that will have youngsters in stitches. 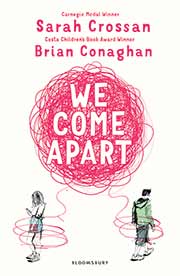 We Come Apart by Sarah Crossan and Brian Conaghan (Bloomsbury)
This interestingly written story will challenge more competent readers. Although written in verse, Crossan and Conaghan met only once, both having been nominated for a prestigious children’s literature award. They collaborated on this novel by sending chapters via WhatsApp. What they created is a beautiful book about two characters, Jess and Nicu. Jess has a lot to hide, and Nicu’s parents want to return to their homeland to marry him off. As the pair become closer, can they survive their secrets?