OUR KIDS ARE INFLUENCED IN MYRIAD WAYS AS THEY NAVIGATE THEIR WAY THROUGH CHILDHOOD.

SOPHIE CLOWES LOOKS AT THE POSITIVES OF REAL-LIFE CONNECTIONS. 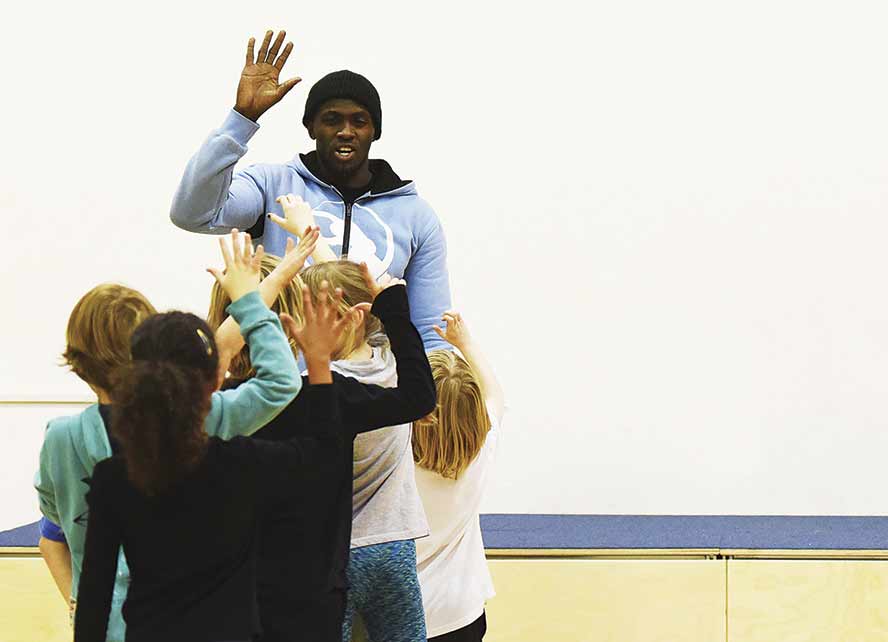 As the real world gets ever more crazy, as politics and politicians break all the rules, as carefully curated Instagram feeds attack our families’ fragile sense of self-worth, as nature throws us earthquakes and erupting volcanoes, as SATs and 11+, GCSEs and A Levels take on an importance disproportionate to their worth, the need to seek solace from this exhausting, mostly man-made madness increases.

Guiding our children through this fog is not a job for the faint-hearted. Nor is it a job to be tackled alone. There are many influencers in our children’s lives, starting with us as parents. As our children grow, the field of influence widens. Siblings, other family members, teachers and peers all inform their decisions. These are real-life interactions, and many people within these groups are positive role models.

However, the trouble with families, as the adage goes, is that you can’t pick them. The negative role we are cast in when very young can stay with us for life: the difficult one, the whining one, the greedy one, the bossy one, the lazy one … while often coming from a place of deep love, these epithets can become self-fulfilling and, subsequently, toxic. Well-meaning family members and friends can enforce negative pre-conceptions and display limited patience or creativity (hands up, anyone?) as influencers.

Similarly, as parents, we take great care in choosing a school to fit the character of our child. However we have no choice in our child’s classmates or teachers. It is left to chance as to whether there will be a conflict or confluence of interests. Many is the primary school child who is lost in the middle of the class, seemingly invisible to the teacher, pin-balling between sets of friends, unable to find their tribe.

Online media, particularly social media, holds sway over our emotionally vulnerable pre-teen and teen offspring. To get a handle on the enormity of this, take 25-year-old YouTube vlogger Joe Sugg (younger brother of the even more successful Zoe, aka Zoella), who has over ten million registered viewers. His videos have had more than a billion views. That’s quite some influence. To put it into old-school perspective, the daily circulation figures of all the British broadsheet newspapers combined are far lower at just over 1.5 million. Or, how about Selena Gomez with her 107 million Instagram followers, or the not-sure-how-much-of-her-is-real selfie queen Kim Kardashian with 90.6 million followers?

One of the greatest triumphs of social media has been its means of giving everyone a voice. It has given increased empowerment to the women of the world in particular, and has helped launch businesses and careers alike, for which, three massive cheers. It is, however, all too often a one-way relationship (Gomez follows a mere 254 on Instagram, Kardashian an even more paltry 104), a super-edited falsity that encourages our children to judge their inside on others’ outside.

Carol Dweck, a psychology professor at Stanford University, and one of the world’s leading researchers in the field of motivation, talks of the importance of encouraging a growth mindset in children, as opposed to a fixed mindset where the child sees ability as something that is pre-set.

So, who should we turn to for help in nurturing this growth mindset? At the end of last year, I went to the funeral of someone we had known only briefly, but whose impact on our family’s lifehad been immense. Brian Appiah Obeng taught freerunning with the Foucan Freerunning Academy in Hammersmith. He was a real-life super hero. Tragically, in a cruel and unpredictable plot twist, he died unexpectedly from an asthma attack. He was a mammoth of a man in spirit, soul and stature, and he turned my child into someone who could move with freedom and ease. What I didn’t realise when I signed my son up was how much else he’d learn: how to have fun, gain confidence, see opportunity in everything, better learn how to make friends and have a laugh, all the while getting fitter and stronger in the company of someone with extraordinary patience and kindness.

As I walked home from the Tube, after his funeral, I realised that, sitting beside my sadness over his passing, there lay a small seed of optimism. It felt as though he had left his boundless zeal for life in the care of his friends and colleagues. I then looked at the other out-of-school activities my primary school-aged children and their friends were doing, and realised it was as much about the influence of the person leading the activity as the activity itself: inspirational people who are experts in their fields. They all have an extraordinary rapport with the kids, offering encouragement, regardless of ability and circumstance. In short, they gave so much more than itemised on the receipt.

Real-life influencers create a place where, for our child, the world is as it should be – where all the things they perceive as marking them negatively different melt into nothingness. It is a place where they are allowed, and encouraged, to be the best version of themselves. Where meeting their potential is purposeful. An influencer is someone who has your child’s back. It is someone who can encourage your child to flourish beyond the restrictions of school or home. An influencer can light a fire in a child’s belly, one that tells them to reach beyond the confines of (dis)ability, wealth, nationality, race, gender and any other restrictions that hold our children back. Influencers are always radiators, they never drain.

Brian was a man of many talents: photographer, actor, writer and freerunner. He posted his work on a site called Broken Jumps. A broken jump is a freerunning term for “an act that you’ve succeeded at that you’d never done before and likely was something that scared you before you did it”. This is what a good influencer will help your child achieve.

Such richly influential people are all around us. When discussing the wealth of activities on our doorstep with an out-of-towner, I was blithely told that such classes do, in fact, exist in the provinces. Maybe, but not as many within walking distance, and not necessarily with a diverse group of participants taught by some of the best in their field. This is where living in London is such a privilege.

Next time you are wondering what activity you should sign your child up for, whether it’s to buy you more time at work or to encourage some independence, consider what else they are going to learn. Choose wisely and go and break some jumps. 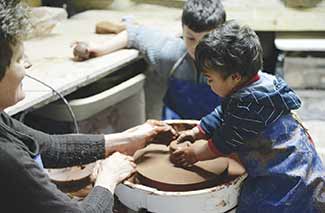 KITE STUDIOS
Kite Studios is an art studio just off the Askew Road, set up and run by Auriol Herford. It bills itself as a creative oasis for all. From toddlers to retirees, via exam portfolios for teens, Kite Studios is an all-inclusive place where Auriol’s experience with her own special needs son informs so much of her exceptional teaching. This has been a welcoming port in a storm for many a mother ship, regardless of their child’s ability.
www.kitestudios.org

FOUCAN FREERUNNING ACADEMY
Sébastien Foucan, president of Parkour UK, runs classes in Hammersmith. If you don’t get Sébastien himself (‘that guy from Casino Royale’), no matter: all the teachers are inspirational.
www.foucan.com

KIDS CIRCUS CLUB
Trapeze, silks, hoop… this class in Hammersmith is as fun as its name suggests. Courage, strength and team work are required while egos can be left on the ground.  Paula and Diego, both from Colombia, are inspirational teachers and exceptional talents.
kidscircusclub@gmail.com

SPILLARD KARATE
As the longest-running karate school in the area, these are the masters of strength, co-ordination and concentration. Adults learn alongside children and there’s a heavy side portion of respect and fun.
www.seikijukukarate.com

LOCAL SIXTH FORMER
Ask your friends if anyone knows a reliable, inspirational sixth former who could sit and do homework/kick a ball with your child. They will be grateful for the money. Get the right influencer, and your child will flourish.