ROYAL PARKS LONDON: TOP THINGS TO DO THIS SUMMER 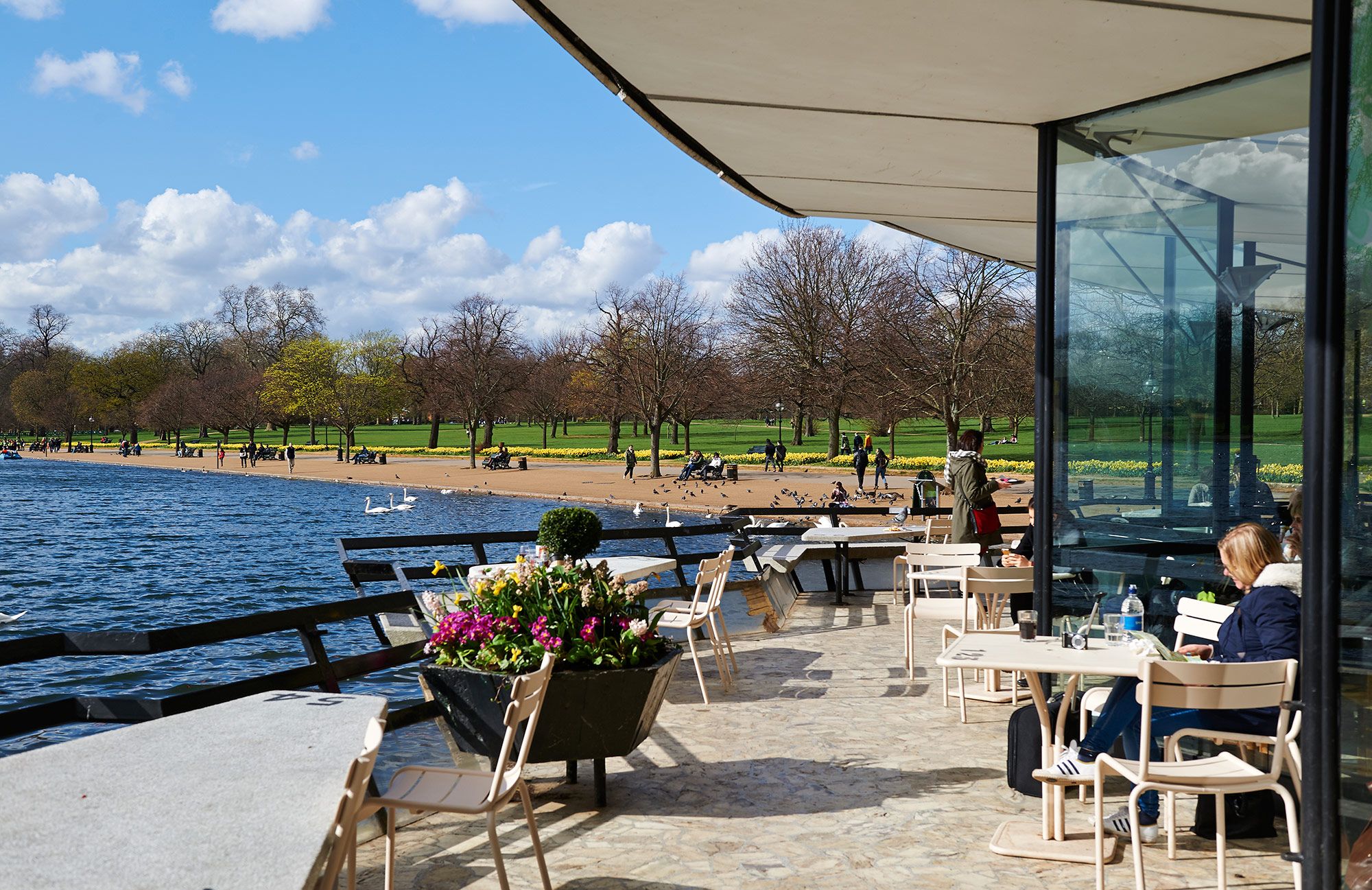 Nowhere beats London in the sunshine and nothing says summer more than the eight Royal Parks in London. This season Phil Collins, Disney remakes, sculpture, swimming and jazz are just some of the things on offer.

Take a dip in the Lido

What better way to spend a lazy summer afternoon than a refreshing dip in the Serpentine Lido in Hyde Park, followed by a spot of lunch at the nearby Lido Café Bar?

Located near the Diana, Princess of Wales, Memorial Fountain and overlooking the Serpentine Lake, the Lido Café is the perfect lakeside spot for a scenic bite to eat with friends and family.

Listen to some jazz in Greenwich Park

Throughout July and August, the bandstand at Greenwich Park plays host to some great jazz bands, from the Belvedere Concert Band to the Galaxy Big Band and the Lewisham Concert Band.

Organised by the Friends of Greenwich Park, the concerts are free of charge and take place every Sunday from 3 pm.

Discover the history of the Royal Parks London

The Royal Parks have evolved over the past 500 years from monarchical deer hunting grounds to the world famous public parks we know and love today, accessible to all and enjoyed by millions from across the globe.

For the first time ever, an exhibition will explore this rich history, with rarely seen artefacts including oil paintings, photographs, and historical documents spanning three centuries. The exhibition will also look at the history of Phoenix Park in Dublin, which was formed in 1662 as Ireland’s only royal deer park, and is today managed by the Office of Public Works, Ireland.

Get cultural in the Serpentine Pavilion

Diébédo Francis Kéré, the award-winning architect from Gando, Burkina Faso, is the seventeenth architect to accept the Serpentine Galleries’ invitation to design a temporary Pavilion in its grounds in Kensington Gardens.

The tree that serves as a central meeting point for life in his hometown of Gando inspired the architect.  He designed a Pavilion that seeks to connect its visitors to nature – and each other. An expansive roof, supported by a central steel framework, mimics a tree’s canopy. Also, it allows air to circulate freely while offering shelter against London rain and summer heat.

On selected Fridays, the Pavilion transforms into a site for encounters in art, cinema, theatre, performance and music for the Serpentine Galleries’ annual ‘Park Nights’ programme.

From 5 July Frieze’s first ever summer exhibition in The Regent’s Park will open in the beautiful English Gardens. ‘Frieze Sculpture’ is hand selected by Clare Lilley, Director of Programmes for Yorkshire Sculpture Park. It brings together 25 works by leading 20th-century and contemporary artists from around the world.

Honour Emmeline Pankhurst on her birthday

From political activists to fashion icons, the Amazing Women of Brompton Cemetery tour offers the best in her-stories from inspirational women who are buried in this Grade 1 listed garden cemetery.
This new tour coincides with the birthday of Emmeline Pankhurst who helped women secure the right to vote almost a hundred years ago.
When: 15 July 2017, 2.30pm and 21 July, 6 pm
Where: Brompton Cemetery. Meeting point outside the chapel
No need to book, just turn up. The walk is free but the Friends of Brompton Cemetery welcome a donation of £5.

Experience RideLondon in the capital

Prudential RideLondon is the world’s greatest festival of cycling, developed by the Mayor of London and his agencies in partnership with Surrey County Council.

Staged for the first time in August 2013, it is the largest festival of cycling in the world with more than 100,000 participants. They’re expected to cycle more than three million miles during the weekend of 28-30 July 2017. St James’s Park and Richmond Park star in the weekend’s events. The Mall in St James’s Park provides the finish line.

The event combines the fun of a free family ride in central London with the excitement of watching the world’s best professional cyclists. Amateur cyclists participate by riding a 100-mile or 46-mile challenge on the same closed roads as the professional road race, raising millions for good causes.

Learn about minibeasts in the Royal Parks London

Discover the magnificent minibeasts that call London’s Royal Parks home! Join Mission: Invertebrate for a free day of storytelling, bug trails, creative crafting and invertebrate missions galore. Look out for our Giant Snail Caravan packed with fun activities for all the family!

Where: Across the Royal Parks and Brompton Cemetery
When: Various dates from July to October: See our calendar for further details.
Free

Take the kids to a free Discovery Day in Hyde Park

Summer is officially here and nature has truly burst into life! Choose from a variety of activities in our Education Centre in Hyde Park. These include sweep netting in our meadows for creepy crawlies, pond dipping and nature-inspired arts and crafts.