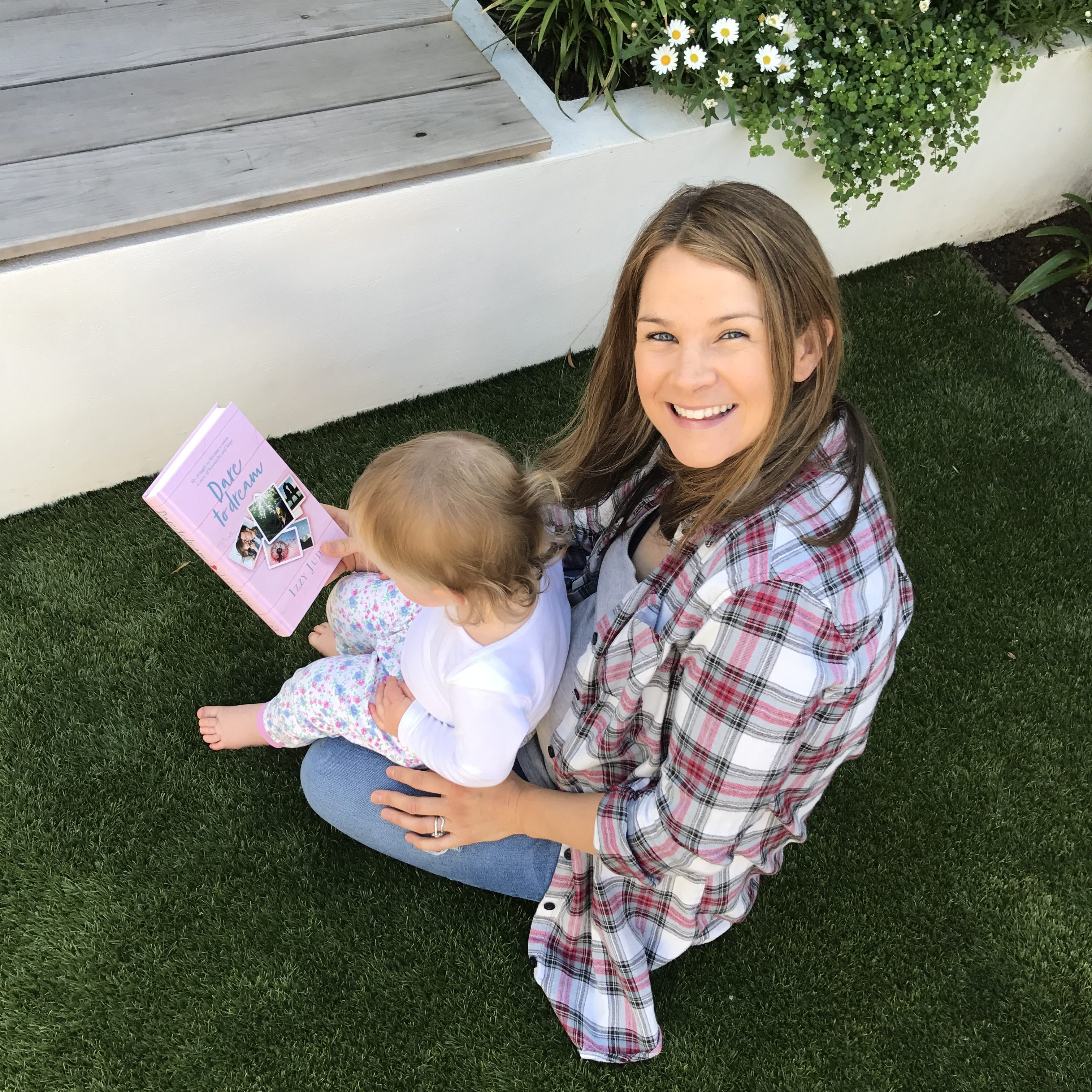 Victoria Evans caught up with Izzy Judd as she prepared for the launch of Dare to Dream, and for the imminent arrival of baby number two, who we now know is Kit.

Describe yourself in three words

How did Dare to Dream come about?

Initially, when Harry and I first announced our pregnancy with Lola, I was conscious about putting the news out there. For two years, I saw pregnancy announcements and wondered why it wasn’t me. Having seen another celebrity announcement, or a friend’s, it felt like it was all around me. So, when Harry and I did our Hello interview, I told him how strongly I felt about being honest about how we got here. So, I spoke about IVF and miscarriages during the interview, but it was quite scary to come to the decision to open up.

The response I got back from women – I couldn’t believe the number of people, and even my own friends, who started to open up. Harry was like, ‘Izzy, I think you should write something. There’s something here.’ When I was going through my own issues, a lot of the books that I looked at were very science based. I couldn’t really find anything that spoke to me emotionally. So, the whole idea behind Dare to Dream was driven by the desire to write a book that would be a companion to other couples going through fertility struggles. I was inspired by the people reaching out to me.

How was the process?

My intention is to try and change the perception of fertility treatment. I went through a journey, for want of a better word, but the moment I found out that it wasn’t going to happen straight away, I panicked and opted for medical intervention. I wanted whatever medication I could have to get pregnant. In hindsight, I wish someone had put a hand on my shoulder and gone, ‘It’s okay, these things can take time. Don’t panic.’ Hormonally, I reacted quite badly to the medication and became very depressed, lost a lot of confidence and felt as though I’d lost myself completely.

After about six months, and another negative test result, I went downstairs. I was devastated. Harry took my hand and said, ‘Worst case scenario – you and me, and it’s still a pretty good place.’ It was a moment of realisation for me. Here I was, I’d just got married but I was so consumed and obsessed by this one thing. So, I did this mind, body and soul detox, which was amazing in that I instantly felt a change in my mood, and thought about falling pregnant. I made a decision that, actually, my story is that it’s not going to happen quickly for me. So, by the time I started IVF, I was able to approach it in a very calm way. I looked at my nutrition, I was doing mindfulness and I was probably in the best state mentally.

I really believe that people are frightened by the three letters ‘IVF’, but there is something really magical about it. I really felt that doctors take over your body, but you’re very much in charge of your mind. I really wanted to try and provide a different view, a more positive perspective, as a lot of couples might only have one go. It’s expensive and the pressure on you for it to work is going to put your body into a fight or flight mode. It’s about how you deal with getting through. Hopefully, the book guides people on how to better manage those emotions.

I’m with Lola full time. We’re very lucky as she can hang out in her cot and play happily in the mornings. She’s always been a great sleeper, but I’m the one who’s up, staring at her, wondering, ‘Are you too hot, or too cold?’ We might go to a class in the morning or meet up with a friend. She has her nap, which gives me a bit of nap time too (seven months pregnant). We go to the local parks or Harry might take her out. My day is quite focussed around Lola and her needs.

My granny was a huge inspiration to me. She worked all her life, which, in her generation, wasn’t necessarily what happened. She was quite forward thinking in many ways. I was very close to her and was devastated when she died. In the book, I mention a time when I was going through IVF. I used to walk round St Peter’s Square and there was this robin that followed me around. Apparently, robins are someone from your past letting you know that they’re there. It’s a bit kooky, but I like it. I was always sure it was granny just being there.

Family inspires me. My brothers are all musicians, and I’m very close to my family.

What’s the best piece of advice you’ve ever been given?

My dad’s always said ‘dignity at all times’, and that does sit well with me. My dad doesn’t say much but, when he does, it counts.

What would you take to a desert island?

Can I take Harry? And Lola? Harry might be happy that I mentioned him first for a change! I have had my Winnie the Pooh bear ever since I was a little girl. I still can’t sleep without him, or go anywhere without him.

What’s your favourite spot in London?

My instant response is St Peter’s Square. I love the fact that, in a big city, there are these pockets like Chiswick House, where one can find moments of peace and magic.

I’m not one for luxuries but, when we go on holiday, I like a nice hotel. Go on, shall we upgrade? Harry is the opposite. We don’t go on holiday every year, but when we do, that’s our little luxury. 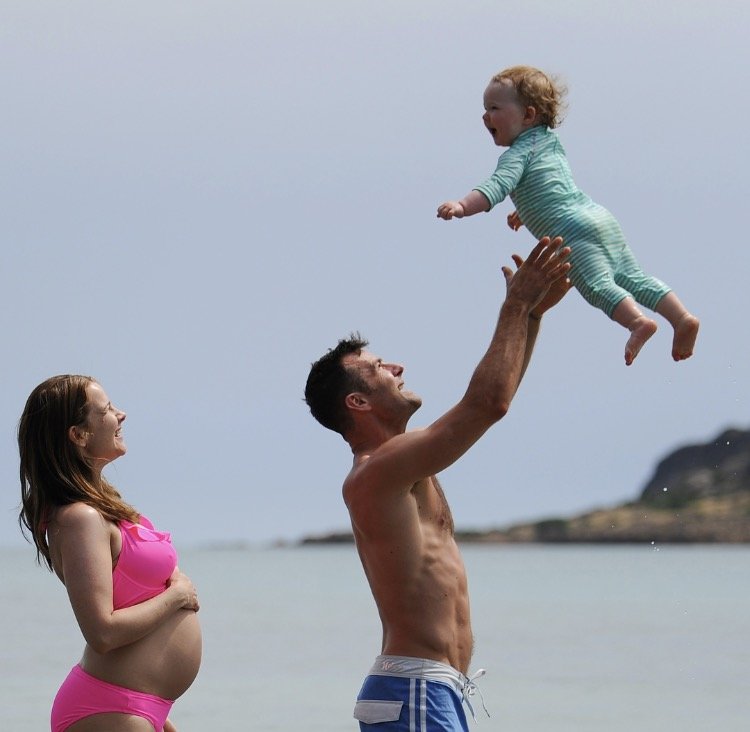 Tell us one thing that people don’t know about you

I have suffered horrendously with anxiety, for most of my life. When you’re someone who goes out and performs like I did with Escala on Britain’s Got Talent, you wouldn’t think that that person would then go off stage and have a panic attack. I don’t know if many people know that about me, but I’m sure that was the root of my problems when trying to conceive. My anxiety has become a friend. When I say I’m a control freak, being in control is my way of managing my anxiety. I find change very difficult. I do get anxious before events, but it’s such a silent thing, I don’t think anybody notices. I’ve learned when to say ‘no’ to things, and it’s become easier as an adult. At least mental health is being talked about now.

The baby! I knew that I had time to write the book, so I can now focus on Lola before the baby comes. The whole thing with Dare to Dream is, I feel like it’s a long-term campaign. I want to keep the conversation going about fertility, and empower people to feel comfortable talking about it. 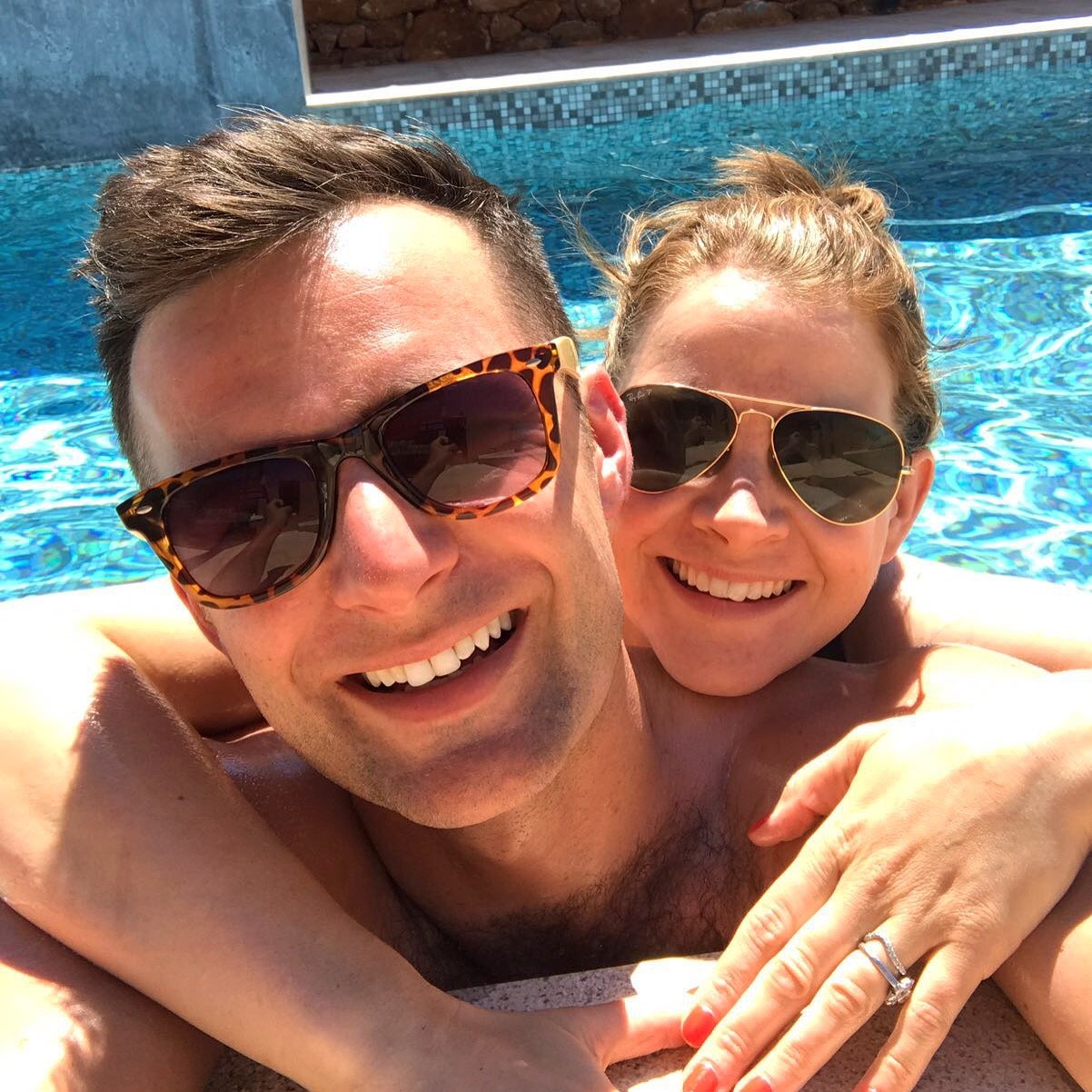