If you’ve decided to go private for secondary school, by the time your child reaches Year 5 you’ll be contemplating the start line of the 11+ marathon. Having just been through the process myself, I decided that those Year 5 parents, as well as those closing in on application deadlines in November, might want to hear what it was REALLY like, straight from the horse’s mouth. I’ve spoken to parents to gather their perspective on the process, and how they think it could be improved, in addition to bleeding them dry of proper, useful advice and the lowdown on some of London’s most sought-after educational establishments. I think it’s worth noting that the parents I spoke to have children in a range of schools: Putney High, Harrodian, Latymer Upper, Francis Holland, Arts Ed, Ibstock Place and Kew House. So, you will be getting a decent overview. 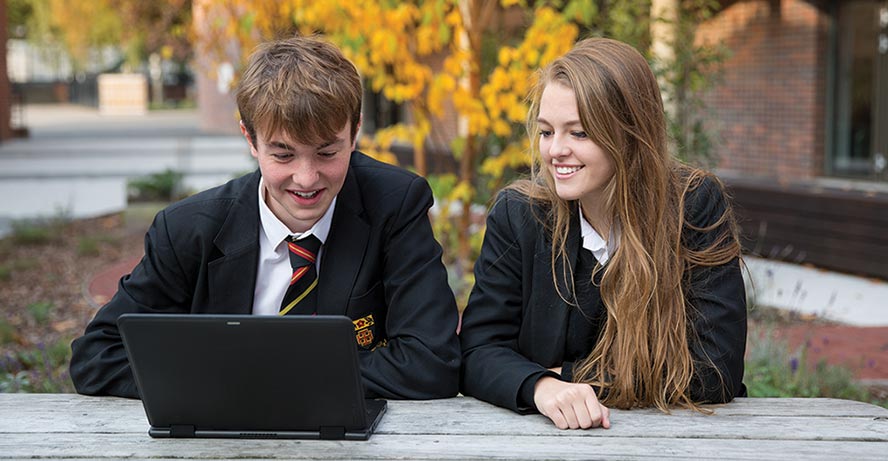 General feedback from the parents I spoke to was that the process is ‘pretty awful’, ‘tough on parents and children’, ‘frustrating’ and ‘a bit like childbirth – you eventually forget the worst bits!’ One parent told me that their new headteacher recently congratulated the parents and pupils for having made it through the 11 plus process in West London, begging the question of whether it is better dealt with out of town (more on that in our Schools Out piece, p29).

The schools don’t exactly discourage applications; as one parent put it, ‘they can make serious money from the registrations, so they’re not going to turn people away!’ Emmanuel School in Clapham is the only one we know of that caps applications each year.

Beware, the cut-off is getting earlier and earlier.

Blink, and you’ll miss it. And don’t rely on other parents to let you know. It’s every man and woman for themselves in this game.

Part of the process involves creating a shortlist. Be ready for some schools to host open evenings that are like ‘bun-fights’, where they don’t control numbers. This results in some parents not being able to get a good feel for the school. Others require a ticket, so you need to book well in advance or you won’t get a look-in.

Try to get to as many open days and evenings as you can, even though it becomes a drag in the final stages. It will give you the opportunity to form a better opinion about what is important to you: single-sex, city, out of town, sporty, musical, all-rounder, religious.

Once the choices are made, be prepared for the interview. Some schools only interview candidates that reach a certain exam standard, but most will interview all pupils who apply, sometimes before the exam.

So, now you’ve prepped the questions, you’re ready, right? Wrong. You’ve got the environment to contend with. Some schools rip your loved ones from you at some distance from the exam centre, others provide a welcoming talk, tea and biscuits while you wait. Some interviews are one-on-one with senior management, others are in groups (when, inevitably, one over-confident chatterbox talks over everyone else), and often there will be many interviews taking place in one room at the same time. And then there’s the speed-dating type of interview. Oh yes, not just something for adults. The most important tip here is for you to give your child the confidence they need to be themselves. We have to trust that these schools know what they’re looking for and which child will fit in.

HOW COULD THE 11 PLUS PROCESS BE IMPROVED?

This is a difficult one. Some of the best schools in the country happen to be within a two-mile radius of West London. So, it naturally follows that it’s competitive. We all go into this with our eyes open. It’s a selective approach to education, so how is it best to select?

Kew House is regarded very positively by local parents as it puts a lot of emphasis on the interview with the headmaster (who, by the way, puts nervous children at ease in seconds).

The interviews are also all finished by the end of the Autumn term, meaning it’s one less thing to worry about in January.

A parent I spoke to suggested that there should be a limit to the number of schools that parents apply to. She said:

Another idea was to put co-ed schools together, like the North London Girls’ School Consortium. So,

‘one maths and English paper are taken by each child, and all schools consider these papers. The mixed schools, such as Ibstock, Harrodian, Kew, Radnor House & St Benedicts, could form a West London Consortium. If they want to do their own verbal/non-verbal tests, then they can, but the main exams would be cut down considerably.’

SOME 11 PLUS ADVICE FROM OUR PARENTS…