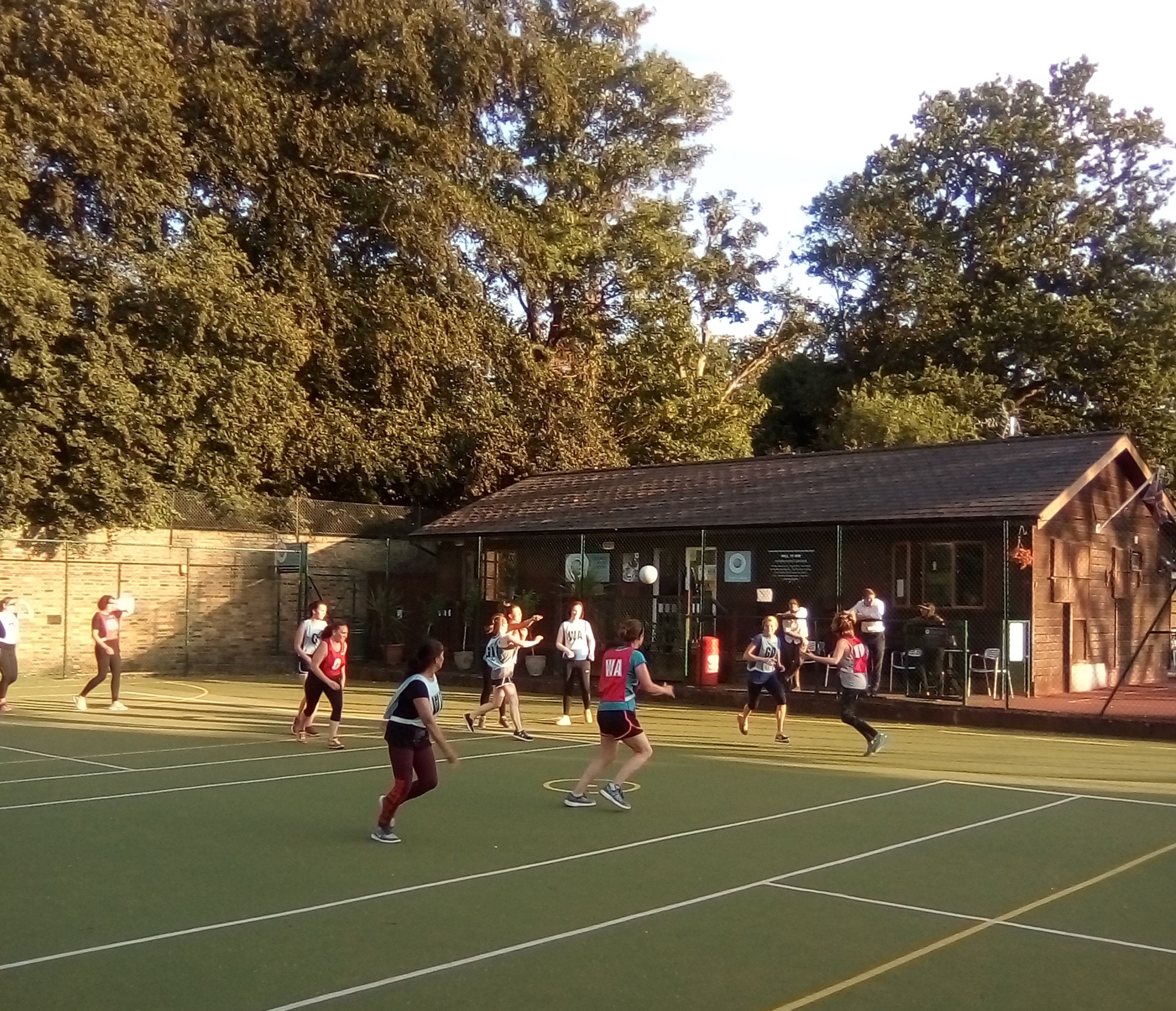 In netball, England are current Commonwealth gold medallists, and the popularity amongst girls is growing hugely. But what of us mothers, busy working or child juggling. Can we become ballers too? Beverley Turner says yes.

I could think up some florid sentence to describe the benefits of netball, but – quite simply – I just bloody love it. And you will too. It all started four of five years ago, bored of the gym, tired of running but keen to keep a perky bottom, I tagged along with another school mum to a local leisure centre and a ‘Back to Netball’ session – part of an England Netball initiative running since 2010, which has seen over 60,000 women get back on court. Like most women, I played at school, but that was nearly 27 (f**k!) years ago. How hard could it be to catch and throw a ball? It transpired that the ball action was the easy bit. Sprinting up and down a full-size court while using my brain was the challenge. I came off red-faced, exhausted, elated and utterly determined to make this a weekly activity.

For that last few years nothing gets in the way of my netball. In psychology terms, it’s a classic ‘flow activity’ – a pastime that is so engaging and absorbing that you forget all your worries and give yourself a very healthy mental break from any outside stress. Whilst running, swimming or pumping weights, it can be hard to switch off the to-do list in your head. But if you’re going to let your team mates down or get a ball in the side of your head, it’s surprising how concentrated you can be!

And netball is the UK’s largest growing sport. There was a 44% increase in participation at grass roots level in the last year, with nearly 30,000 players pounding the courts across England. Mothers supporting their school-age daughters now have a chance to play themselves at numerous courts across the country – knowing how hard it can be to shoot, must make for better side-line coaching.

In West London we are spoilt for choice with teams and leagues available pretty much every day of the week. Kathryn Riley runs the Chiswick House Gardens-based Will to Win set-up where mums can be found on Thursday mornings working off a week’s worth of gin and tonics. “The appeal lies in women of all ages, shapes, sizes and fitness levels playing together and having fun,” she says, “We employ fully-qualified coaches to take drills as well as oversee games.”  Like me, most of the women have played as youngsters so there’s also a nostalgic element to the game. “It keeps us all young!” says Kathryn. At the recent tournament they hosted, the Will to Win team saw more than 40 women gather on a beautiful summer’s evening to battle it out for victory. It was an inspiring scene: incredibly busy women who juggle kids, work and other commitments, yet who make time to get out and keep fit. By the end of the evening, everyone was smiling.

So it’s about time we women got to share in the magic that blokes and their weekly five-a-side footy teams have known for years: team sport is the very best exercise for both body – and mind. I’ll see you there.

If you’re feeling a little intimidated, unfit or not sure if netball is for you, why not try walking netball.
Walking netball is a slower version of the game; it is netball, but at a walking pace. The game has been designed so that anyone can play it regardless of age or fitness level.
From those who have dropped out of the sport they love due to serious injury, to those who believed they had hung up their netball trainers many years ago, it really is for everyone.

For more information about netball and walking netball sessions across London for women and children, please visit www.willtowin.co.uk 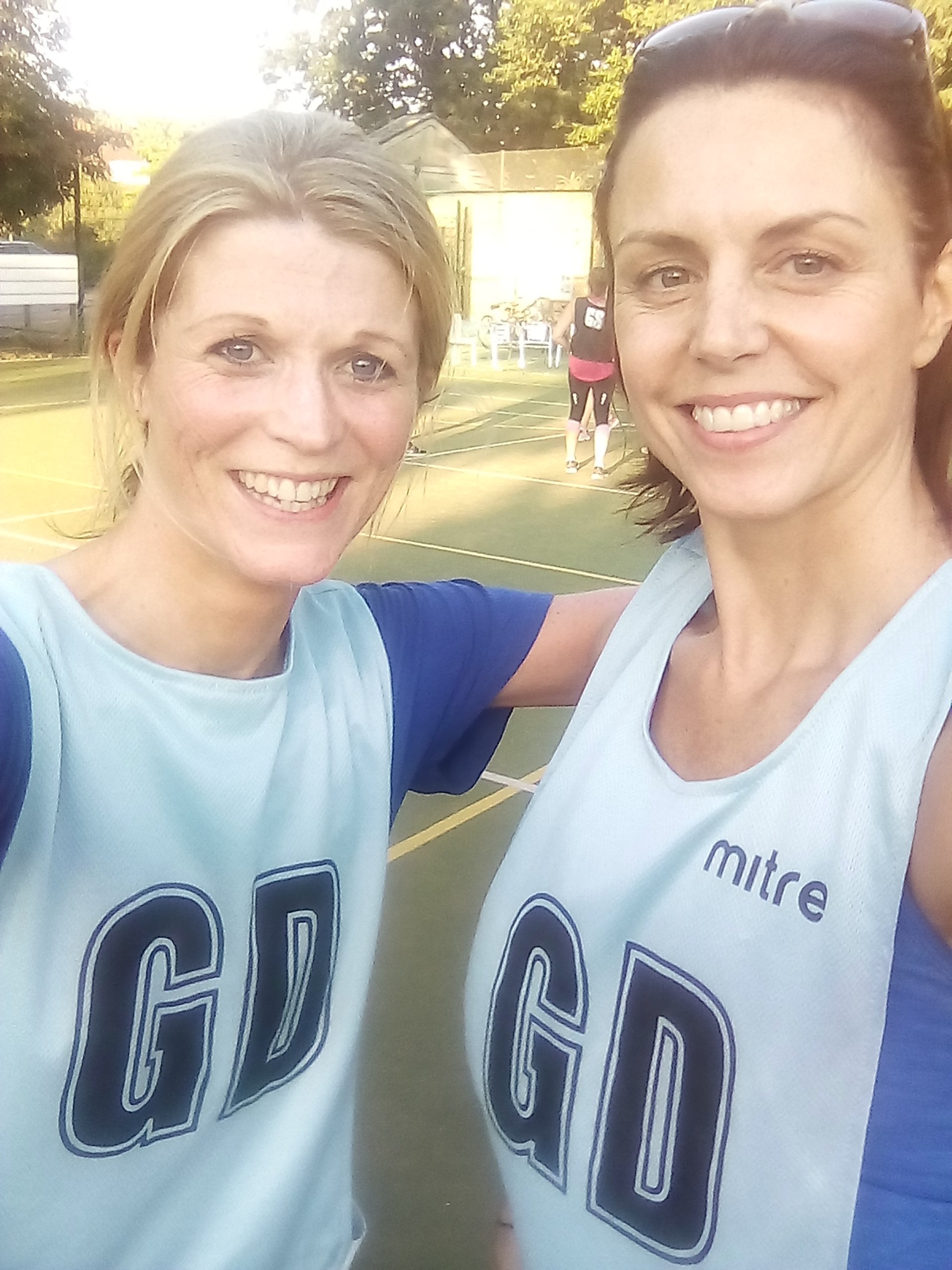 Above: Bev Turner and her sister-in-law