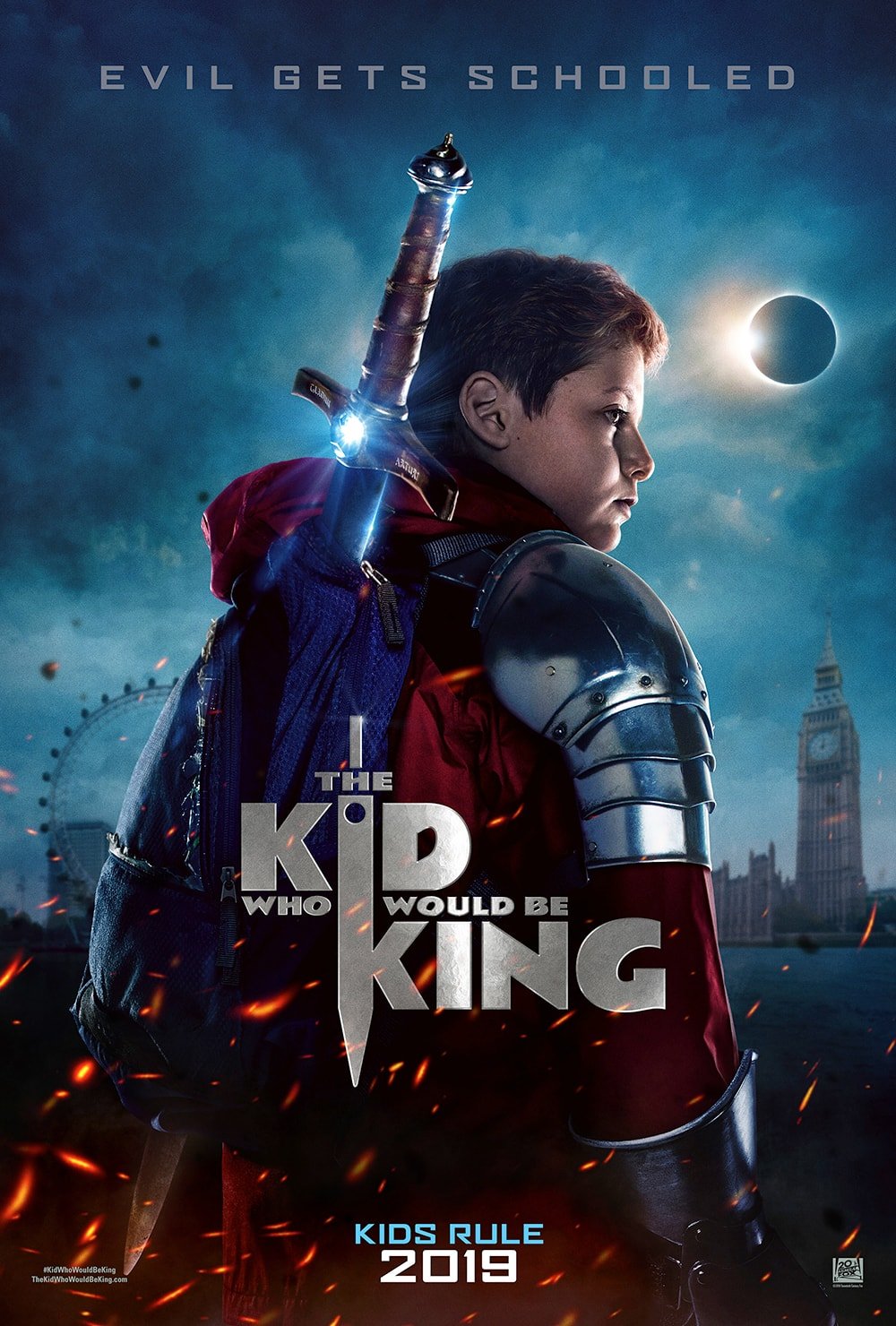 Yes, another retelling of the well known Arthurian legend but with a twist.  This time we see the legend transported to a school boy in contemporary UK.  A UK shorn of the Hogwarts style nostalgia in an admirable attempt to be more representative of the reality of school in the UK.  There are number of interesting subversions of the traditional tale and you can see Joe Cornish has made a genuine attempt to make this ancient legend a relevant and empowering story for today’s kids.  Although, I would hazard that these attempts may have been reined in by the money people.  I love Patrick Stewart but I never saw the point of his sporadic appearances.  The young Merlin was excellently portrayed by Angus Imrie.

The film has a lot of heart, has some funny moments and the kids are likeable and relatable.  However, it doesn’t quite achieve the level of adventure and excitement that could have made this a worthy contender to take the baton from Harry Potter and run with it.  The CGI is extremely well done and Rebecca Ferguson is excellent if rather under-utilised as the big bad, Morgana.  There is a surprising lack of variety in Morgana’s evil undead warriors who pursue the heroes throughout the adventure and the film doesn’t build satisfyingly to a crescendo.
On the whole, a decent family movie that just fails to get firing on all cylinders.

Now a view from the target audience!

It was a good movie. I liked the storyline. The graphics and CGI were very good.  The best character was probably the main character, Alex. I thought the idea of a modern-day King Arthur story would not be that great, but it turns out I was completely and utterly wrong! I don’t want to give out any spoilers, but the bad guard guys looked pretty cool.  My favourite part of the movie is when they are (spoiler alert incoming) preparing all the barricades and (another spoiler alert incoming) training all the other school girls and boys.

I would rate it 4/5 stars.
Report written by Lucas Evans.

Head to foxmovies.com to see the trailer, which is actually really good.

WRITTEN AND DIRECTED BY