Here at City Kids we love Matt Coyne’s hilarious book Man vs Toddler. It hits all the rights notes and will have parents everywhere in nodding recognition of the highs and lows of family life.

So in honour of Father’s Day, we asked Matt to choose an extract from the book to give us readers some idea of what it’s like to be a dad. 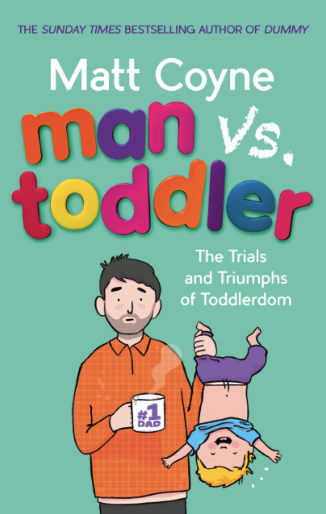 Here’s a weird thing: when you’re a man on your own, some people assume that you can’t possibly be in charge of a baby or toddler. Twice now someone’s had a go at me for parking in parent/child spaces when I’ve actually got Charlie in the back seat. They see a man pull in and assume that I am just another childless dickhead taking advantage of the space.

I was in Asda car park just last month when, upon arrival, a woman knocked on my window before I could even turn the engine off.

‘Excuse me! You know these spaces are for people with children?’ she demanded.

I literally had to point my thumb in to the back of the car and say: ‘What’s that? A fucking cat?’

WHAT IS A DAD?

It is odd that in 2019 so many people struggle to comprehend the idea of dads being in sole charge of their own kids.

As a man who often has Charlie on my own I come across this attitude all the time. It’s usually not malicious, just ingrained. And so I might be asked things like: ‘Ooh, is it daddy and son day today?’ or ‘Ah, bless, are you giving mummy a break?’ These questions are normally asked with a patronising nod – as though I am being humoured – like I’m the local fuckwit taking his pet brick for a walk. 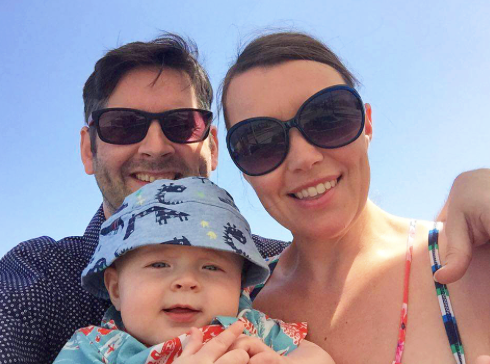 When Charlie was very little, I was even asked a couple of times if I was ‘being mummy for the day’. To which I was tempted to respond, ‘Yes, apologies for the damp circles on my Def Leppard T-shirt, I’m currently lactating.’

This last example I find one of the strangest. It speaks volumes that there are people, in this very century, who would describe a man parenting as ‘being mummy for the day’. As though dads are not really parents but temporarily assuming the role and just putting on a costume like Mrs Doubtfire.

One thing is certain, Lyns would never be asked the same questions: ‘Is it mummy and son day today?’ or ‘Aww, bless, are you giving daddy a break?’ It just wouldn’t happen. There is a sense that this is the correct order of things.

Another variation on these questions I’m asked is: “So, where’s mummy today?’ This seems like a pretty innocent enquiry. But again, I doubt Lyns would ever be asked the same thing, just because she is out with Charlie alone. In truth, the subtext to this is obvious: ‘Where’s the real parent today numbnuts?’

I remember that the first time I was asked this particular question was by a cashier in Home Bargains and it confused me completely. When she casually inquired Where’s mum today?’ I genuinely thought she must know my own mother and was actually asking about her. It’s no wonder she looked so confused when I answered that she was at home and that she’d just phoned me to say that her arthritis was acting up, the neighbours were still acting suspicious and she couldn’t find her teeth.

(It is only in hindsight that I understand her horror. Particularly, when from her point of view I went on to mention that we’d just celebrated my wife’s seventieth.) 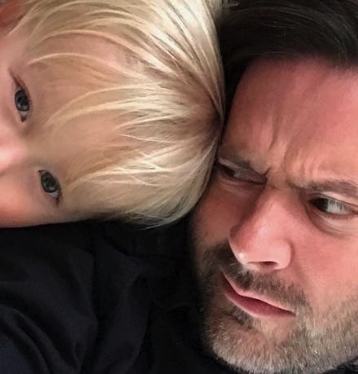 Interestingly, Lyndsay is also asked questions that I would never hear if the positions were reversed. So if she is out alone and without Charlie she will often be asked: ‘Is dad/Matt babysitting today?’

Okay, I object to being called a ‘babysitter’ for a few reasons. Not least because I’m a forty-odd-year-old man and not a fifteen-year-old girl with braces, twirling her hair and covering her school books with pictures of Zayn from One Direction because he’s super dreamy (although, in fairness, he is super dreamy).

But my main problem with being called a babysitter is that it is to be considered something less than a parent. When I have Charlie I have exactly the same responsibilities that Lyndsay does. Important stuff like feeding him, watering him, changing him, making sure he doesn’t jump off a motorway bridge chasing a fucking bee, that sort of thing. And yet whereas Lyndsay is parenting, I can be described as ‘babysitting’.

And these are not my only objections. I also object because, and forgive me if I’m wrong, but one of the defining characteristics of a ‘babysitter’ is that they get paid. I do not get paid for looking after Charlie. Fair enough, I could write something touching here about how every moment with Charlie is priceless and I am paid in the glowing love of my child. But, yesterday I was’ paid’ by being shat on in Debenhams and by Charlie pouring his Ribena down the arse of my jeans as I was trying to retrieve a plastic stegosaurus from under the settee.

And this is the point: it’s hard this dad-babysitting lark, almost as hard as parenting. In fact, it is as hard as parenting because guess what? When I’m being shat on in Debenhams or lying on the floor having pissing Ribena poured down my arse-crack…it’s exactly the same fucking thing.

For me, a father is not a babysitter any more than a mother is. And there is a growing movement, that includes mums and dads, who agree that it is impossible to ‘babysit’ your own children. I’m not particularly militant about this sort of thing but they’ve got a point. Their slogan is ‘Dads don’t babysit, they parent’ and this is not just semantics. There is a problem with reducing a father to the role of babysitter and it’s not just that it might hurt a dad’s feelings (we can handle that shit, we’re men and into car engines and stuff…grr).

The real problem is that it suggests that a dad’s role is something lesser. That it is a novelty for a dad to look after his own kid. It is something outside the natural order. And those who suffer most from this attitude? Mums. It reinforces the idea that dads are a backup plan rather than 50/50 partners in parenting, the secondary alternative for when mums, like Lyns, want to go off and do something really selfish like be ill or work. Dads are the spare.

Well, Lyndsay isn’t selfish. I’m not the spare. And I don’t babysit.

Check out more of Matt’s musings at man-vs-baby.co.uk or follow him @manversusbaby

Man vs Toddler is available to buy from amazon.co.uk The paperback version will be out in September.