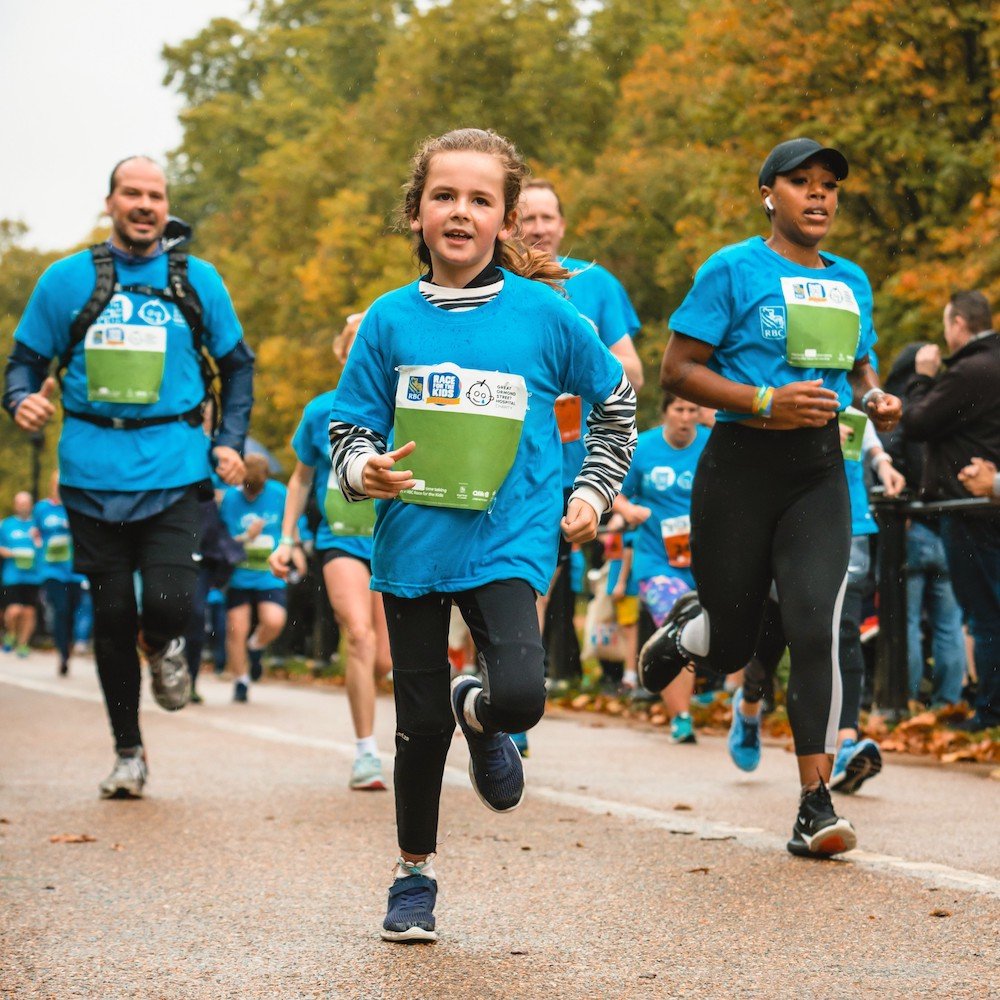 Taking place over a weekend of celebration on 16 and 17 October, the virtual event will see people of all ages and abilities take to their local park or pavement by foot, wheelchair or scooter to complete their own ‘race’. 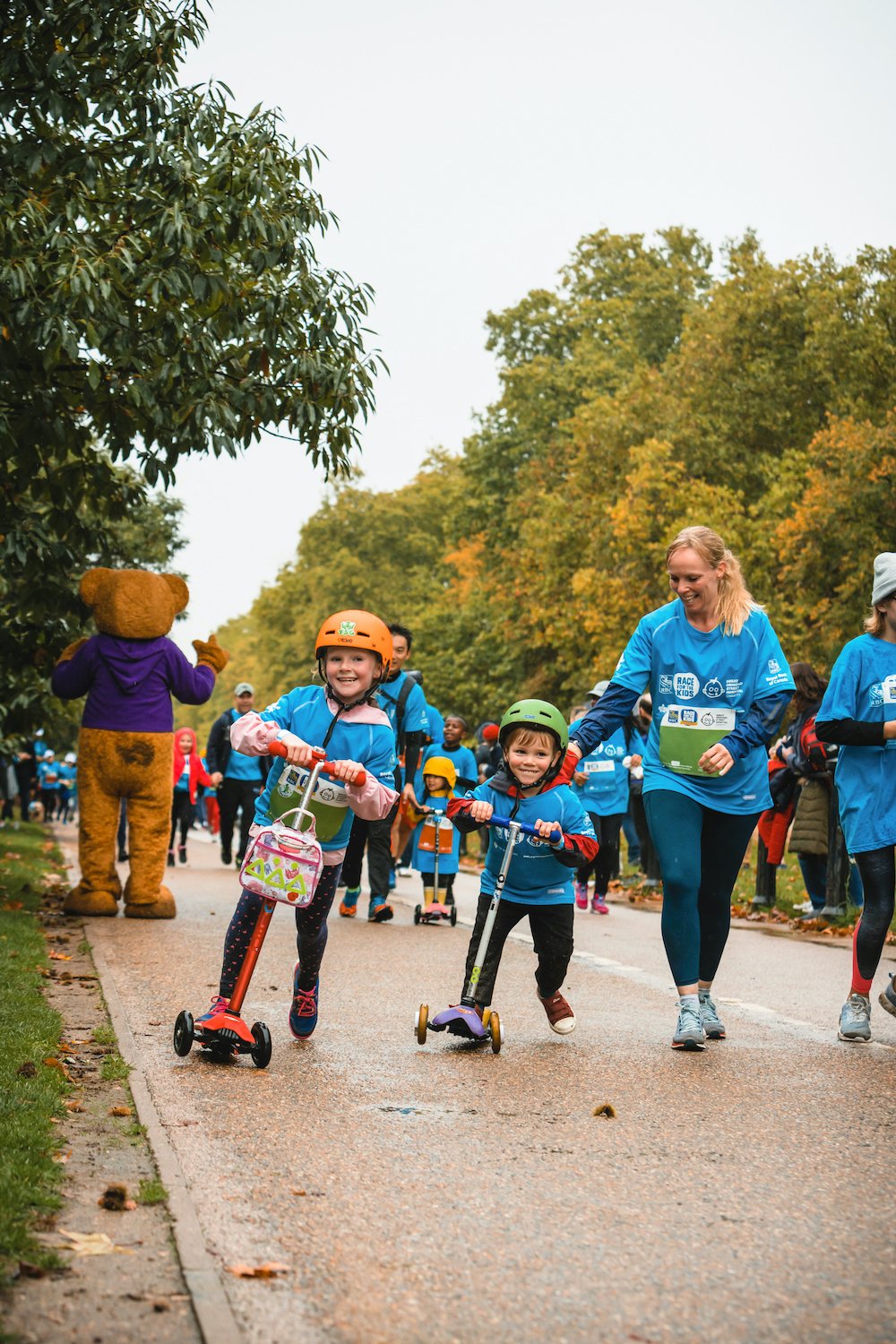 For the 12th year, GOSH Charity will host the UK’s race as part of RBC Global Race for the Kids, a global series of 17 running events in support of 35 children and youth charities in 19 countries.

And for the first time, racers can track their progress via a brand-new app, which will connect participants from all over the world. The app will feature a news feed, leaderboards and team pages, alongside fun photo filters, audio cues to help cheer on racers and good luck messages from famous faces.

The money raised will go towards funding the hospital’s most urgent needs, including research into pioneering new treatments, cutting-edge medical equipment, support services for children and their families, such as parent accommodation and the hospital’s Play team, and the essential rebuilding and refurbishment of the hospital. 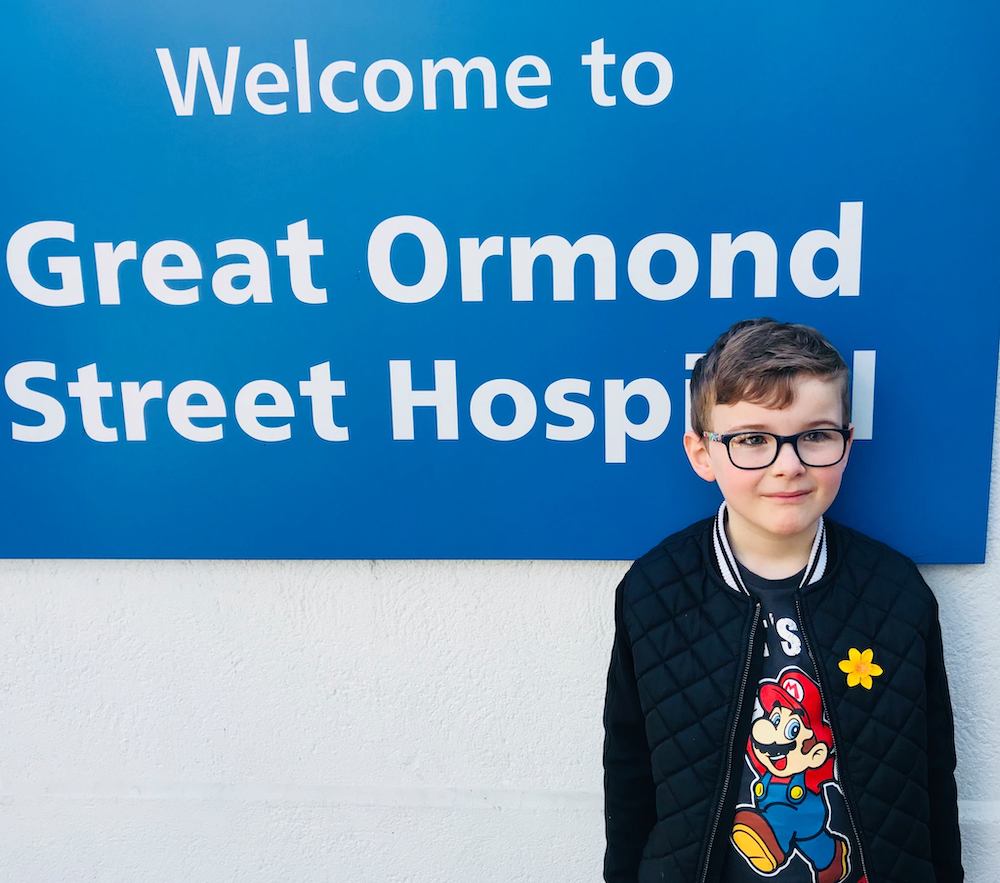 When he was around two years old, Joe was diagnosed with cerebral palsy after he didn’t meet any of his development milestones. After regular check-ups at his local hospital, Joe was transferred to Great Ormond Street Hospital when he was six to have pioneering Selective Dorsal Rhizotomy (SDR) surgery. Joe had an intense recovery period, having to learn how to walk again. He is now doing really well – he can walk and run and only needs to use his wheelchair when he’s tired.

Joe’s mum, Gina, remembers, “At one of our appointments at our local hospital, the doctor told us about this new pioneering surgery that they were doing at GOSH. We had heard a little bit about it already (at the time, the procedure was mainly being done in the States) but luckily Joe got approved to have the surgery so we got transferred to GOSH.

“When we first arrived at GOSH, it was like arriving in another world. Everyone genuinely cared about us, people really wanted to get to know Joe.”

Around six months after first getting transferred to GOSH, Joe had the pioneering SDR surgery. SDR (Selective Dorsal Rhizotomy) surgery is the only procedure to permanently remove spasticity in the legs of children with cerebral palsy.

Gina reflects on the care received from the charity-funded Play team at GOSH, “When Joe woke up from his surgery, he had to lie flat for four days – imagine that for a six-year-old! But the door to his room was just opening every ten minutes with someone coming in, whether it was the Play team or a volunteer to distract him and make the time pass quicker. They made us feel like their sole job was to make Joe happy. He was made to feel like a little superhero the whole way through.

“There really is something magical about that place. We just really want to give something back to GOSH now, as Joe has come so far.”

Joe will be running 1k at this year’s RBC Race for the Kids with his classmates to raise money for GOSH Charity. 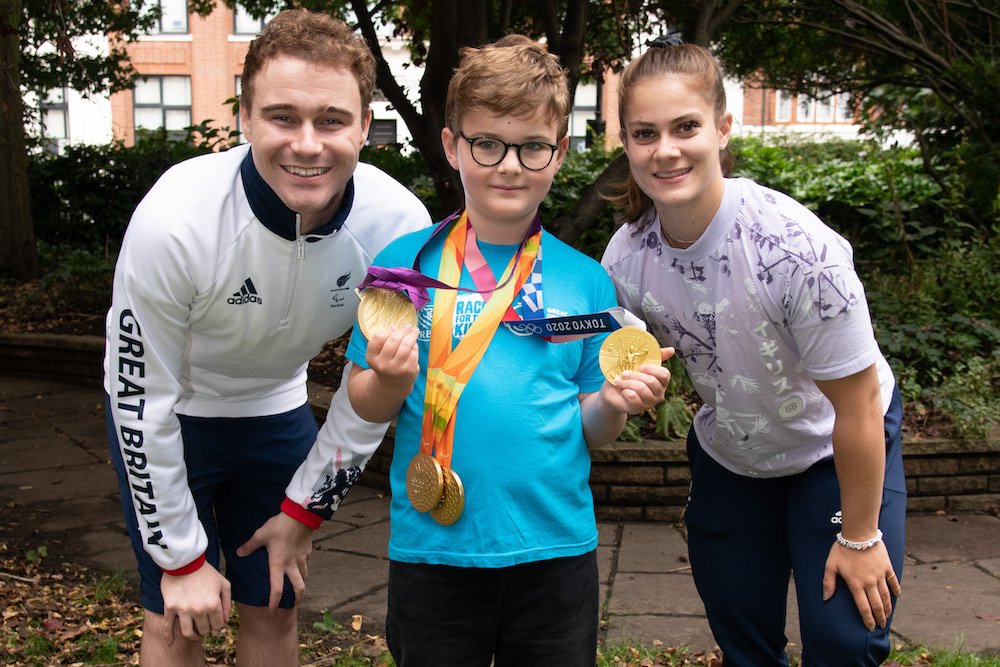 To find out how to get involved this year head to gosh.org